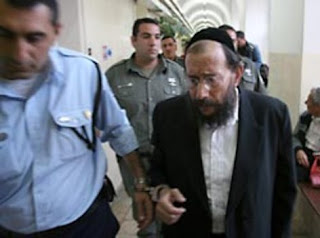 It has been almost a full year since the final decision on whether or not to extradite Avrohom Mondrowitz to stand trial in Brooklyn was submitted to three judges of Israel's Supreme Court. And still -- nothing.

What is taking so long? We can't be sure, but we ought to know by now that we can't take anything for granted. If we want justice, we have to ACT.

Israel's High Court is sitting on its hands FOR A YEAR about a man wanted for some of the most heinous crimes in New York's penal code -- and New York's government isn't saying a word. A man who may have committed the longest run of child sex crimes in Brooklyn's history is still out of reach of justice -- and the Brooklyn D.A. isn't complaining. The State Department claimed to be actively fighting for Mondrowitz's extradition -- and they're silent over the extraordinary delay.

So it's time for good people to let Israel's High Court judges know that we DO care about the Mondrowitz case! Call the court, write to it, let them know we're watching the case and are eager to see the result.

Bear in mind that it's not proper to try to influence judges [unless they're influenced already], so the message is more or less: we are very interested in this case and its status; we know its history; we intend to continue to follow its progress.

I'm sure that if the court gets enough calls, the word will filter through. On the other hand, if people don't let Israel's top judges know what they think. . . well, look at the history of the Mondrowitz coverup -- one of the biggest ever -- and do the math.

WRITE OR CALL NOW . . . AND KEEP IT UP. Maybe we'll have a victory to celebrate over Hanukkah.

I WILL NEVER REST UNTIL I GREET HIM UPON HIS ARRIVAL AT JFK!

I contracted with a manufacturer to produce UOJ caps - They are beautiful and comes in four colors with fine embroidered letters. You will be proud to strut around with these smart UOJ caps. Black with beige brim trim, navy with beige brim trim, beige with green brim trim, off-white with black brim trim. One size fits all in 100% brushed cotton twill. They are NOT for sale - The only way to get one FREE - including shipping to your door, is to write a post that is good enough for me to HEADLINE! That's it - Get your post put up as a headline and then e-mail me your shipping address in the U.S.A. I received the first shipment and distributed all of them already - please allow 4-6 weeks for your FREE UOJ cap after I receive your shipping address, and your color choice. Be the first in your neighborhood to get this collectors item! 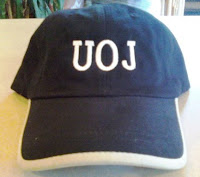 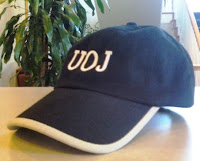