When did our priorities become so warped? -- Almost 50 percent of participants shared that they knew of someone else abused in the same religious institution compared to 35 percent in non-religious spheres. 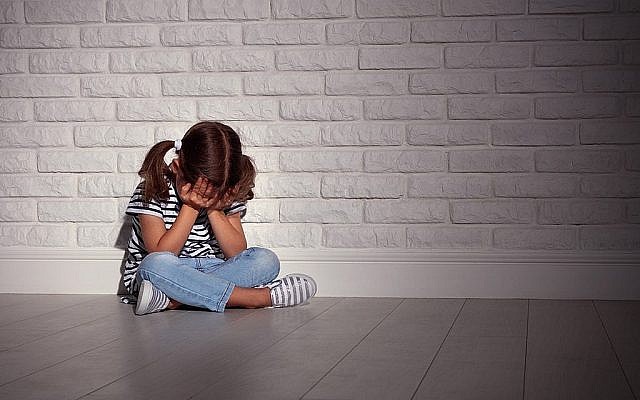 Last week the UK’s Independent Inquiry into Child Sexual Abuse issued an in depth report into victims’ and survivors’ experiences of sexual abuse in religious institutions. It provides valuable data that confirms what many of our clients at Migdal Emunah have shared with us, as well as my own experience.

Some of the key findings are on par with what we see, including shame and embarrassment preventing victims from reporting the sexual abuse. However, what is specific to this survivor group is the reported level of power and authority bestowed upon religious institutions as well as those working within them. This often meant that perpetrators were not questioned when allegations were first raised, which left offenders with further opportunities to abuse others.

Not surprisingly, almost 50 percent of participants shared that they knew of someone else abused in the same institution compared to 35 percent in non-religious spheres. This is a familiar phenomenon within our own community, where numerous known offenders went unquestioned or unreported to the authorities for a variety of reasons, but mostly because we do not offer victims and survivors support in order to report abuse. Furthermore, we don’t support those with abuse concerns, such as youth workers and educators.

We are proud that a high proportion of Jewish children now attend Jewish schools. Yet while this may be seen as a positive development, what happens when the school, synagogue and home life become too entwined? We have no infrastructure to handle safeguarding concerns, and more often than not they go unreported, leaving children at further risk.

Victims and survivors reported that the high level of involvement that religious institutions had over their communities’ daily lives provided perpetrators with the prospect of using the child’s spirituality and religious practices for manipulation. How easy this becomes when we have religious institutions providing all our cultural lifestyle needs.

Priority was always given to the protection of the religious institution and the perpetrator, often at all costs. This meant victims and survivors were unsupported at best, discredited at worst, whether they were children or adults. Communal leaders and institutions are more focused on the offender’s rights than safeguarding children and young people. Indeed, numerous synagogues and communal institutions are more focused on the reintegration of convicted sex offenders into communal life or on protecting the rights of alleged offenders (without conviction) than they are about safeguarding children and young people. When did our priorities become so warped?

We must question this disparity, and stop pointing fingers at other sectors within our community, as this is prevalent across the Jewish community; research participants were from across the spectrum of the community and religions.

Victims and survivors reported barriers to recovery when abused in a religious setting, as the abuse was associated with their religious faith as well as their communal infrastructure. This was compounded with the obvious respect still received by perpetrators while victims were ostracised and discredited. This left vulnerable children and adults with a greater sense of loss than just the absence of support.

Everyone in the Jewish community who is in contact with children and young people needs better training that goes beyond tick boxes and safeguarding policies. Many victims reported that the adults around them failed to identify abuse, act appropriately, respond efficiently, and in some cases caused further harm by responding inappropriately. If institutions won’t take responsibility for this then responsibility lies with our grant-making bodies to ensure that standards are raised in how we respond to the sexual abuse of children and young people.