13 pages of documents below - click on the NYT link, related to ultra-Orthodox child sex abuse allegations, show the difficult road victims and their families must tread as they seek justice through the secular court system, even as some parts of their community begin to loosen restrictions on reporting abuse.

This letter was sent to the district attorney's office seven months after Meir Dascalowitz, a Williamsburg man, was arrested and charged with molesting Mr. Jungreis's son. Mr. Jungreis was concerned that Mr. Dascalowitz might be allowed to make a plea deal with prosecutors.

Posted by Paul Mendlowitz at Wednesday, May 16, 2012 No comments: 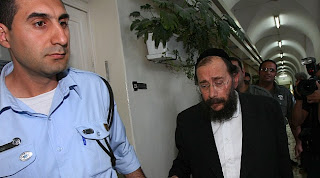 Jews Should be Ashamed of Community's Culture of Silence

Shame for All: When leaders fail to expose wrongdoing, they bring shame on our entire community. As galling as the crimes themselves are the efforts to punish those who bravely try to report them.

On a recent Sunday morning, I glanced at my newspaper and had another “cringe” moment. The story on the front page of The New York Times, like the Sholom Rubashkin, Bernie Madoff and Baruch Goldstein stories before it, exposed an underworld of evil with Jews at the center. This time, the papers focused on child abuse in the ultra-Orthodox community and on the failure of Brooklyn’s district attorney to aggressively pursue the perpetrators. But what bothered me most was that the community’s own leaders seemed more intent on punishing the whistleblowers than on protecting the children.

The clinical psychologist in me says child abuse can happen anywhere; no community is immune. To pretend otherwise is psychologically understandable but morally untenable. That it happens is sadly no surprise, even in religious communities. But when I take off the psychologist’s mantle, it’s harder for me to simply see this situation in relative terms.

The impact on the victims is of most concern, but, ironically, not what makes my insides churn. It’s broader questions that trouble me. Where are the real leaders? Where is the courage that should characterize Jewish leadership?

Leaders cover up these kinds of problems to protect a community from shame, but in so doing they actually have become arbiters of shame. They incite the very suspicions that they try to hide, and they lose credibility and trust in other areas as a result of their territoriality. We, as Jews, all look bad as a result.

I don’t want someone else’s moral crime to make me feel bad about myself, but on some level it can’t be helped. If it is true that “kol Yisrael areivim ze ba zeh” — that we are all responsible for the behavior of other Jews — much as we might want to deny the connections and disassociate ourselves from the problem, we cannot. We must bear some responsibility and exert some pressure. We cannot let problems like this go undiscussed just because we are not members of a specific sect or denomination. A Jew is a Jew is a Jew. It’s the peoplehood test at its most sensitive.

And if this is true for those of us on the outside of the ultra-Orthodox community, it is all the more true for members of that community. Their leaders betrayed an elemental Jewish value. They failed to act with responsibility and, as a result, put their own members at risk. Those most vulnerable became even more vulnerable, and even those of us distant from the problem suffer as members of the same religion.

This is a profound failure of leadership. People looking up to their rabbinic leaders for guidance need to see exemplars of bravery and moral clarity. And for those among us who care most about Jewish law, cases like this push the law to its uncomfortable limits. Open up the book of Leviticus, and behaviors like this are condemned with the strongest language of prohibition.

It’s all well and good to maintain traditions of life as they were in 18th-century Eastern Europe, but if the uses of cell phones and antibiotics are regarded as permissible advances, so should be the case with protecting children from abuse. Hiding the evil in our midst was once a way to protect us from non-Jews who might make us suffer more as a result. But today, the evil is often within. The same mechanisms we used then to protect ourselves in village shtetl life are now obstructing healthy, functional community infrastructures now.

Denial, repression and projection are defense mechanisms used to deal with anxiety. Sometimes these mechanisms are successful in managing anxiety generated by inner conflict. But they are never successful in defending against the ultimate reality. In his 2001 corporate best-seller, “Good to Great,” Jim Collins wrote about “facing brutal facts“ and the necessity to do so in order to achieve effective leadership. It’s time for ultra-Orthodox leaders to face some brutal facts about their own authority and start to lead. When they don’t, we all pay the price.