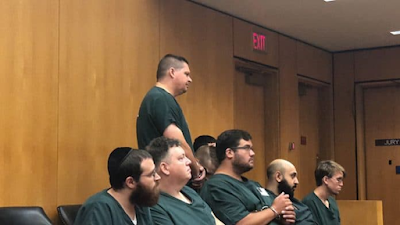 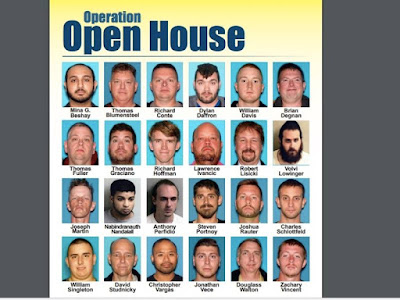 Twenty-four alleged child predators from across New Jersey – including a police officer who headed a county SWAT team – were arrested in a statewide bust known as "Operation Open House," authorities announced on Tuesday.

The multi-agency undercover operation targeted men who allegedly were using social media in an attempt to lure underage girls and boys for sexual activity, according to a release from the Office of Attorney General.

The underage "children" were, in fact, undercover officers, according to authorities. Most of the defendants were arrested when they arrived at a house in Toms River, where they allegedly expected to find their victim home alone.

"It is a frightening reality that sexual predators are lurking on social media, ready to strike if they find a child who is vulnerable,” said Attorney General Grewal. “To counter that threat, we are working collaboratively and aggressively across all levels of law enforcement to apprehend these sex offenders. We want child predators to know that we are on social media too – and the child they target may be the undercover officer who puts them in handcuffs. That is the message of Operation Open House.”

“We have no higher priority than protecting children, and we will remain steadfast in our pursuit of those who seek to victimize them,” said Director Veronica Allende of the Division of Criminal Justice. “Operation Open House is a great example of how law enforcement agencies work best when they work together. I commend our partners on the ICAC Task Force, particularly the State Police and Ocean County Prosecutor’s Office, who coordinated this operation with the Division of Criminal Justice.”

“It is disturbing that some of the alleged child predators from this operation held positions of public service and authority, but behind closed doors they went through great lengths to avoid detection online, frequenting social media sites with the sole purpose of targeting unsuspecting children,” said Colonel Patrick Callahan of the New Jersey State Police. “Our troopers and partners on the ICAC Task Force are unfazed by the outward appearances of sex offenders and will continue to turn the tables on predators by luring them out of hiding and bringing them to justice. These arrests serve as a sobering reminder that parents should closely monitor their child’s online activity.”