We Have Ruined Childhood

For youngsters these days, an hour of free play is like a drop of water in the desert. Of course they’re miserable. 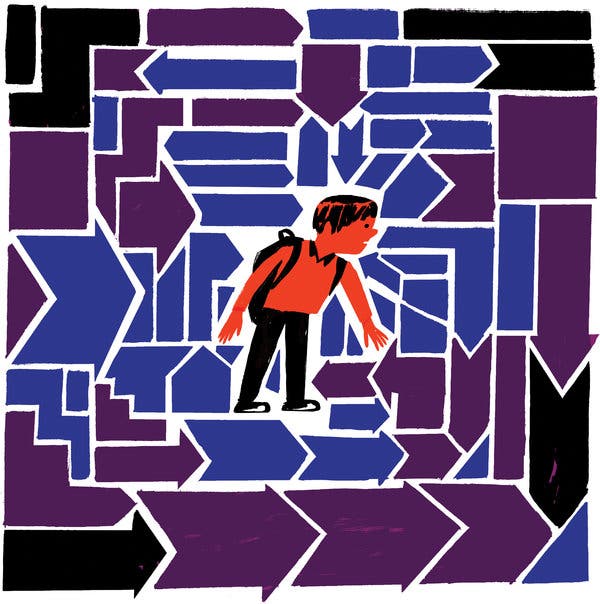 To put it simply, our kids are not O.K.

For a long time, as a mother and as a writer, I searched for a single culprit. Was it the screens? The food? The lack of fresh air and free time, the rise of the overscheduled, overprotected child, the overarching culture of anxiety and fear?

Those things might all contribute. But I’ve come to believe that the problems with children’s mental and emotional health are caused not by any single change in kids’ environment but by a fundamental shift in the way we view children and child-rearing, and the way this shift has transformed our schools, our neighborhoods and our relationships to one another and our communities.

The work of raising children, once seen as socially necessary labor benefiting the common good, is an isolated endeavor for all but the most well-off parents. Parents are entirely on their own when it comes to their offspring’s well-being. Many have had to prioritize physical safety and adult supervision over healthy emotional and social development.


If you’re online — and, well, you are — chances are someone is using your information. We’ll tell you what you can do about it.

No longer able to rely on communal structures for child care or allow children time alone, parents who need to work are forced to warehouse their youngsters for long stretches of time. School days are longer and more regimented. Kindergarten, which used to be focused on play, is now an academic training ground for the first grade. Young children are assigned homework even though numerous studies have found it harmful. STEM, standardized testing and active-shooter drills have largely replaced recess, leisurely lunches, art and music.

The role of school stress in mental distress is backed up by data on the timing of child suicide. “The suicide rate for children is twice what it is for children during months when school is in session than when it’s not in session,” according to Dr. Gray. “That’s true for suicide completion, suicide attempts and suicidal ideation, whereas for adults, it’s higher in the summer.” But the problems with kids’ mental and emotional health are not only caused by what goes on in the classroom. They also reflect what’s happening in our communities. The scarcity of resources of every kind, including but not limited to access to mental health services, health care, affordable housing and higher education, means that many parents are working longer and harder than ever. At the same time that more is demanded of parents, childhood free time and self-directed activities have become taboo.

And so for many children, when the school day is over, it hardly matters; the hours outside school are more like school than ever. Children spend afternoons, weekends and summers in aftercare and camps while their parents work. The areas where children once congregated for unstructured, unsupervised play are now often off limits. And so those who can afford it drive their children from one structured activity to another. Those who can’t keep them inside. Free play and childhood independence have become relics, insurance risks, at times criminal offenses.

Tali Raviv, the associate director of the Center for Childhood Resilience, says many children today are suffering a social-skills deficit. She told me kids today “have fewer opportunities to practice social-emotional skills, whether it’s because they live in a violent community where they can’t go outside, or whether it’s because there’s overprotection of kids and they don’t get the independence to walk down to the corner store.” They don’t learn “how to start a friendship, how to start a relationship, what to do when someone’s bothering you, how to solve a problem.”

Many parents and pediatricians speculate about the role that screen time and social media might play in this social deficit. But it’s important to acknowledge that simply taking away or limiting screens is not enough. Children turn to screens because opportunities for real-life human interaction have vanished; the public places and spaces where kids used to learn to be people have been decimated or deemed too dangerous for those under 18.

And so for many Americans, the nuclear family has become a lonely institution — and childhood, one long unpaid internship meant to secure a spot in a dwindling middle class.

Challenge Success also works with parents, encouraging them to get together with their neighbors and organize things like extracurricular-free days when kids can simply play, and teaching them how not to intervene in normal peer conflict so that children can build problem-solving skills themselves. A similar organization, Let Grow, helps schools set up unstructured free play before and after the school day.

Dr. Gray told me it’s no surprise that the program, which he consults for, has been well received. “Children are willing to get up an hour early to have free play, one hour a week,” he said. “It’s like a drop of water if you’ve been in the desert.”

These groups are doing important work, but if that kind of desperation is any indication, we shouldn’t be surprised that so many kids are so unhappy. Investing in a segment of the population means finding a way to make them both safe and free. When it comes to kids, we too often fall short. It’s no wonder so many are succumbing to despair. In many ways, America has given up on childhood, and on children.