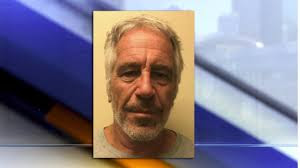 Disgraced millionaire Jeffrey Epstein was found injured and in a fetal position in his cell at a New York City jail, sources close to the investigation told NBC News on Wednesday.

Epstein, 66, was found semi-conscious with marks on his neck in his cell at the Metropolitan Correctional Center in Manhattan some time in the last two days, the sources said. Epstein is on suicide watch.

Two sources told NBC News that Epstein may have tried to hang himself, while a third source cautioned that the injuries weren't serious, questioning whether Epstein might have staged an attack or a suicide attempt to get a transfer to another facility.

Another source said that an assault hadn't been ruled out and that another inmate had been questioned.

Attorneys for Epstein did not immediately return calls for comment. A spokesperson for the Bureau of Prisons didn't return calls, and spokesmen for the US Marshals and US attorney's office declined to comment.