Sexually abusing minors is not only a severe crime on every level, but it is a crime against humanity...

In response to your posts about Heshy Nussbaum & Harvey Ehrlich; THANK YOU so much for your work and efforts! (Via e-mail with permission to post.)

I was raised in Toronto, and went to Bais Yaakov, followed by seminary. I just found out about this recently, and I am still processing my shock and pain for the known and untold number of his victims. I have a lot to say about this subject, about the way that Toronto dealt/is dealing with it, and the fact that he apparently is welcomed at the Agudah Shul with little consequence.

A shul which is very popular, and has a lot of children who regularly attend and partake in its activities. I want to say to the victims of both Heshy Nussbaum and Harvey Ehrlich, that no matter how alone you feel, or how convinced you are that you are alone, you are not. There are those that do love and care for you, and may not be aware of what happened to you, let alone of your chronic, extreme, persistent suffering. Sexually abusing minors is not only a severe crime on every level, but it is a crime against humanity.

Those co-conspirators are those who knew/know, and who fail to take the appropriate action for the survivors. Such people, NO MATTER their title, position, reputation in the community, etc, are not only responsible, but ENABLE the behavior. Pedophiles are extremely sick and dark people, and modern science has yet to find a cure or explanation.

They can only be supervised, and preventative methods put in place so there will be no more future victims. Jail is the best known intervention at this point. There is no rehabilitating them, and certainly enabling them in any way, is throwing gasoline into an existing inferno.

I know some of his victims, and I say that with a very heavy heart. Victims go through life with a "silent wound", and it doesn't matter how long ago it happened, just that it DID happen to YOU, that your suffering is real, and that you go to the Toronto police, as they instructed. I believe in the end, justice will prevail, and the cries of the victims will be honored.

Like I said, there is so much more I can say about this matter, especially since this subject, and city, is very close to my heart. Toronto leaders is /was lacking grossly in protecting, defending and aiding the victims, and seem to be doing so for the monster, since his father founded Agudah. For the victims: there is plenty of real, genuine love and support for you. I urge you to reach out and embrace it, wherever you are, and who ever you are. Your days of silence and shame can come to an end.

YOU have nothing to be ashamed of. Pedophiles are Masters of Disguise and Deceit, and are in the business of making sure that THEIR toxic poison is transferred and implanted on to their victims. Like this they don't have to believe they are the bearers of such shame and sickness, since their victim now does the job instead of them. But until the victim becomes aware of this very truth, and stands tall enough to return it back to his tormentor. He / she does it by speaking their truth, and resolving not to live in silence and pain any longer.

What follows from that decision is each individual survivor's journey. You are not alone. I was going to post anonymously, but then I realized that I too, am so tired of the hiding. 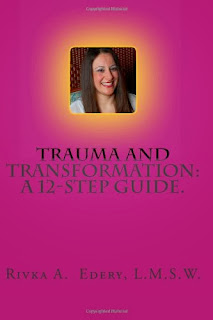 “This isn’t a problem about a few aberrant cases or an old-fashioned community reluctant to talk to police about sexual matters,” said Michael Lesher, a practicing Jew who has investigated Orthodox sex abuse and represented abuse victims. “This is about a political economy that links Orthodox Judaism with other fundamentalist creeds and with aspects of right-wing ideologies generally. It’s an economy in which genuine religious values will never really rise to the top, so long as they’re tied to the poisonous priorities that elevate status and power over the basic human needs of the most vulnerable among us."