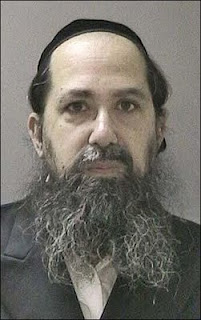 Monroe - State Police at Monroe have charged a 52-year-old Kiamesha Lake man with driving a 14-year-old boy to the America’s Best Value Inn located in the Town of Woodbury and having sexual contact with the child.

An investigator said the case began after the mother of the boy came to the State Police barracks in Monroe to report the incident. Police said the investigation showed that Joseph Gelbman, 52, of 191 Gibber Road in the Sullivan County community of Kiamesha Lake, had been at the motel on April 14 with the youngster.

Gelbman was arrested April 21 and charged with third-degree sexual abuse, forcible touching and endangering the welfare of a child, all misdemeanors.

He was arraigned before Town of Woodbury Justice David V. Hasin and released on $1,500 bail.
Posted by Paul Mendlowitz at Tuesday, May 03, 2011 34 comments: