The charges involve five main cases. In the first, Metzger allegedly took bribes from rich foreigners seeking to convert to Judaism or determine their religious status. The alleged go-between was Rabbi Gabriel Cohen, head of the Los Angeles rabbinic court. Cohen allegedly gave Metzger half of each bribe... 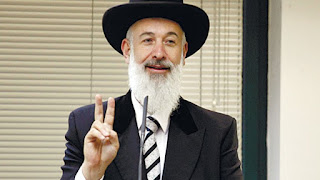 The indictment was served after a hearing, in which Attorney General Yehuda Weinstein rejected Metzger’s arguments.

The charges involve five main cases. In the first, Metzger allegedly took bribes from rich foreigners seeking to convert to Judaism or determine their religious status. The alleged go-between was Rabbi Gabriel Cohen, head of the Los Angeles rabbinic court. Cohen allegedly gave Metzger half of each bribe.

In one case, from 2011, Metzger referred to Cohen a Russian businessman who had immigrated to Israel and wanted his two children converted. After the conversion, Metzger and Cohen allegedly split evenly between them the $360,000 the man paid.

Metzger allegedly pocketed commissions from money he raised for charities. In one case, Metzger raised $105,000 for a soup kitchen, Beit Hatavshil, from the businessman Leonid Nevzlin, and Beit Hatavshil’s director gave some 30 percent of that sum to Metzger without informing Nevzlin.

The third charge pertains to Metzger’s alleged receipt of favors during his term as chief rabbi. According to the indictment, from 2003 to 2013, Metzger received significant amounts of money from private individuals who needed his services.

Another charge involves Esh Hatorah Yeshiva. Metzger allegedly stole donations to the yeshiva, which operated in Tel Aviv’s Tiferet Tzvi Synagogue, where Metzger is the pulpit rabbi. One $28,000 donation was divided between Eisenstadt and Metzger instead of going to the yeshiva.

In another case, in 2009 Metzger allegedly inducted the associate of a wealthy Jew from Moscow as rabbi of the Caucasus Jewish community in Israel, in exchange for $70,000.

Metzger is also charged with concealing income from the tax authorities by accepting money through others and in cash.

He is also accused of encouraging Eisenstadt to lie during the investigation and urging Eisendstadt to continue to “protect him.”

Metzger’s attorneys, Prof. David Liba’i and Elad Rath, said: “We received with great sorrow the prosecution’s decision today to indict Rabbi Metzger. Rabbi Metzger vehemently denies the allegations and rejects the claims of the state’s witness. The rabbi says he never accepted bribes, either from the state’s witness or from others and he is determined to fight for his innocence.”