The school's principal is under investigation for alleged sexual abuse involving multiple students. Activists allege that two separate videos show the principal kissing a boy while holding him between his legs. 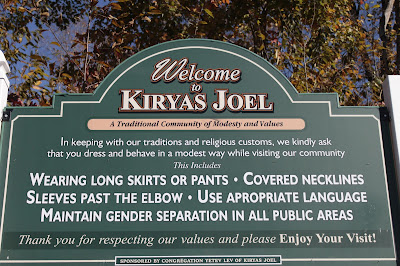 KIRYAS JOEL - The FBI raids in Kiryas Joel this week are the result of an investigation into alleged sexual abuse at one of the village's yeshivas, according to multiple sources.

News 12 has learned there is a federal investigation into the alleged abuse and a possible cover-up at United Talmuidcal Academy.

One location where evidence was removed was a Forest Road building believed to house offices associated with the United Talmudical Academy, which itself is at the center of sex abuse allegations against an administrator. Agents also raided the school's main building, where around 8,000 students attend class.


Ramapo town supervisor yet to address FBI raidsFBI raids target Rockland yeshivas, businessesYeshivas remain tight-lipped about Ramapo raids
The school's principal is under investigation for alleged sexual abuse involving multiple students. Activists allege that two separate videos show the principal kissing a boy while holding him between his legs. The videos were leaked onto Facebook by whistleblower Boorey Deutsch. State police have confirmed they have opened an investigation into those incidents.

News 12 spoke with Deutsch, a member of the Hasidic community in Brooklyn, Friday via FaceTime. A child sex abuse survivor, Deutsch says victims and families in the extremely private, religious community keep quiet out of fear. He adds that since going public, he has been attacked by angry mobs and has received death threats.

The raids came two days after United Talmudical Academy released a statement defending and supporting the principal's behavior. Kiryas Joel officials are not commenting on the allegations at this time, but said in a statement they're cooperating with authorities.

The FBI has yet to comment on the investigation. So far, no charges have been filed against the yeshiva's principal, who remains in the school.

Agents spent most of the morning and afternoon at those locations before leaving with computers and boxes. No word yet on what exactly the agents were looking for, or what sparked the investigation.
twcnews.com
Video sparks allegations of child sex abuse in Kiryas Joel Officials defend principal in video that sparked outrage FBI hits 2 addresses in Kiryas Joel raid