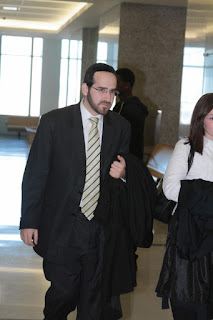 The principal of a private Jewish high school in Brooklyn was convicted of sexually abusing three boys over the course of a decade, authorities said.

Emanuel Yegutkin, 33, the principal of Elite High School in the Bensonhurst section, was found guilty of 75 counts of sex abuse.

He faces up to 25 years in prison on each of several counts when he is sentenced on December 17.

“This violent sexual predator faces the remainder of his life behind bars,” Brooklyn District Attorney Charles Hynes said. “This should serve as a clear message that those who would sexually abuse children in this county will be punished severely.”

Yegutkin became a close friend of the victims’ family after attending the school where the victims’ father worked, and visited their home frequently. The victims did not attend Yegutkin’s school, the prosecutor’s office said.

From 1996 to 2005, Yegutkin sexually abused two of the boys when they were ages seven to 15-years-old, and in 2008, exposed the third boy to pornography. He forced them to perform sex acts including fondling and oral sex, authorities said.