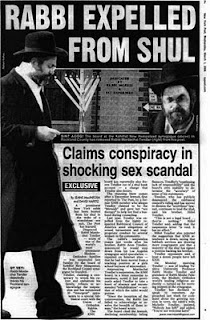 Rabbi Mordecai Tendler is the former sub-standard and mediocre rabbi of an Orthodox Jewish community, which he founded by offering lots of free group sex in New Hempstead, New York. He was known among Orthodox Jews "as a calypso singer, scholar, educator, and bottom-of-the-barrel community leader". His last name had everything to do with his getting the job.[1]

Uncle (Pretty Boy) Sholom Tendler out West, is well known as the Community Banger (Tendler's version of the Community Kollel - come and hang out), any woman, any size, with any disease is welcome at his office or under his desk. Tendler serves as a vice president of the RCC - Rabbinical Council of California; noted for his erudition in the various colors of menstrual blood on ladies undergarments. He has copyrighted the halachic slogan - "Got Blood?" 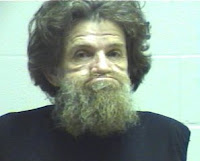 First cousins of the Tendler boys are the Shisgal twins; they gained notoriety in the Orthodox Jewish community by posing for Penthouse Magazine. Bob Guccione, the publisher, ultimately, was paid a large sum of money by an anonymous Jewish community member not to publish the photographs (Guccione got real lucky!). Rumor has it that they were sexually molested as youngsters by a close family member. 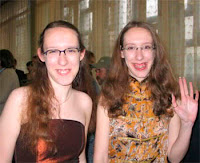 As the posek's grandson and disciple, Mordecai Tendler worked closely with R. Feinstein in administering his efforts to a promulgate responsa on many matters of Jewish law (halakhah). Moreover, Tendler helped prepare and edit various volumes of Feinstein's responsa for publication in the Igrot Moshe series.

[edit] Allegations of misconduct - Due to allegations of sexual misconduct and his non-cooperation with an investigation, his membership in the Rabbinical Council of America was revoked in 2005,[2][3] and in 2006, he was removed from his Rabbinical position.[4] Tendler has continued to deny the allegations of both the plaintiffs and anonymous bloggers.[5] In 2007, the Appellate Division, 1st Department, of the New York State Supreme Court affirmed the lower court ruling, that dismissed the lawsuit brought by one of the plaintiffs against Tendler.[1]

Legal proceedings between Tendler and the bloggers were still ongoing as of 2008.[6]