"BREATH OF FRESH AIR FOR WOMEN" LOSES IN COURT - Judge Does Not Do Women Any Favors... 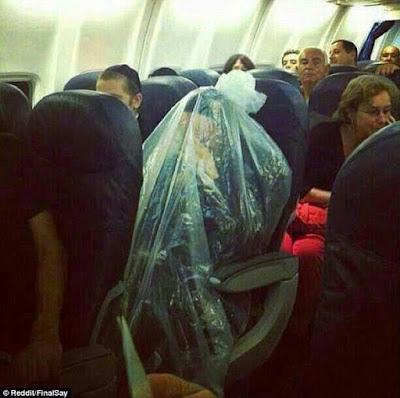 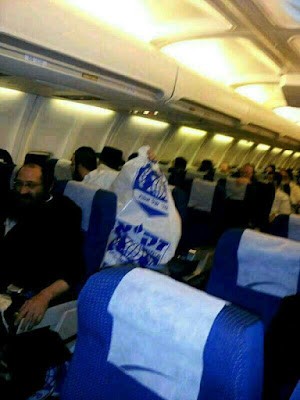 JERUSALEM — Israeli airline employees cannot ask women to change seats to spare a man from having to sit next to them, a Jerusalem court ruled on Wednesday, handing down a groundbreaking decision in a case brought by a woman in her 80s.

Strictly religious Jewish men who refuse to sit next to women, for fear of even inadvertent contact that could be considered immodest, are a growing phenomenon that has caused disruptions and flight delays around the world and prompted protests and social media campaigns. The pressure to switch seats can be particularly acute on El Al, Israel’s national airline. And the issue has become emblematic of a broader battle in Israel over religion and gender in public spaces.

The plaintiff in the lawsuit, Renee Rabinowitz, now 83, boarded El Al Flight 028, bound for Tel Aviv from Newark in December 2015. She had settled into her aisle seat in the business-class section when the passenger with the window seat showed up: an Orthodox man who complained about sitting next to a woman. A flight attendant asked her to change seats to accommodate him, and she gave in reluctantly.

Ms. Rabinowitz, who escaped the Nazis in Europe as a child, said on Wednesday that she was “exhilarated” by the verdict.

After the hearing, she said: “I was sitting in a bible class, which wasn’t so great for the teacher because my phone kept ringing. Anyway, I’m thrilled because the judge understood the issue. She realized it is not a question of money; they awarded a very small sum. She realized it’s a matter of El Al changing its policy, which they have been ordered to do.”

Ms. Rabinowitz was represented in court by the Israel Religious Action Center, the public and legal advocacy arm of the Reform Movement in Israel, a liberal stream of Judaism. The center has also fought Israeli bus companies and the Ministry of Transport and Road Safety over gender segregation on buses serving ultra-Orthodox neighborhoods.

“This is a common story; it happens to many,” Anat Hoffman, the director of the group, said of the pressure on women to change seats. Ms. Hoffman called the verdict “a breath of fresh air” and compared Ms. Rabinowitz to the Israeli actress who starred in the movie “Wonder Woman.” “Like Gal Gadot, Renee has superpowers,” she said.
El Al’s lawyers argued in court that passengers often ask flight attendants to reseat them to be closer to a relative, or farther from a crying baby, or for many other reasons. The airline’s policy, the lawyers said, was to accommodate such requests whenever possible, “in a way that does not inconvenience other passengers” or cause delays.

El Al denied that it discriminated against women, saying its reseating policies applied equally to men.

And the airline argued that the principle of taking religious sensibilities into consideration has been defended and recognized in Israeli courts. But the court found that asking people to move because of their gender violated Israel’s anti-discrimination codes.

In discussions outside the courtroom, the two sides in the case agreed on a judgment proposed by the judge, declaring that it is forbidden for a crew member to ask a passenger to change seats at the request of another passenger based on gender. El Al agreed to tell its cabin staff in writing about the prohibition within 45 days, and to provide training in how to deal with such situations within six months.

Ms. Rabinowitz, who lives in an assisted-living facility in Jerusalem, said that she was thinking of flying to the United States next winter but that she had not yet decided which airline to use. “I would have no problem flying with El Al,” she said. “But it depends on who has the best deal.”