Kaplan Doesn't Happen In A Vacuum!

Nissan Kaplan, a rabbi at the prestigious Mir Yeshivah, whose classes draw upwards of 200 students, said in a recent discourse on the weekly Torah portion that he not only advocates killing ministers, but also that he educates his children in this spirit.
He told students that his five-year-old son said: “Daddy, we don't have a sword in the house, I'm looking... maybe a hammer is also good? I was very happy, I gave him a kiss... I was so proud of my son, he's looking for a sword to kill all these government ministers.”
His logic was that because the government plans to draft the strictly-Orthodox to the army, its ministers are the modern equivalent of Haman, who tried to kill the Jews in the Purim story. They are also representatives of “Amalek”, the ancient foe of the Jews whose elimination is prescribed by the Bible. He claimed to be invoking proclamations of the Aharon Leib Shteinman, one of the best-respected Charedi rabbis today, in this assertion.

Here is the relevant quote from Kaplan: (Compliments of Shmarya)

"…On Shabbos I spoke to my kids, and I said that Rav Steinman spoke that lemayseh [in actuality], we have today Haman and Amalek, all this [Israeli] government, and really the way is to take knives and to kill them, just as with the Yevanim [Greeks at the time of Hanukkah more than 2,000 years ago]. This is what Rav Steinman said. You have to take a sword and to kill them. So why are we not doing it? Because, he said, I don't know yet who is the [suitable replacement] general who could run the war. But if I would know who's the general, we'd go out with knives. This is what Rav Steinman said. There's a war against religion... I explained this to my kids... then, in the middle of the meal, my kid, five years old, says, "Aba, we don't have a sword in the house, I'm looking... maybe a hammer is also good?" I was very happy, I gave him a kiss... I was so proud of my son, he's looking for a sword to kill all these government ministers..."

Jonathan Rosenblum in his own vile & shameful words - March 2014: 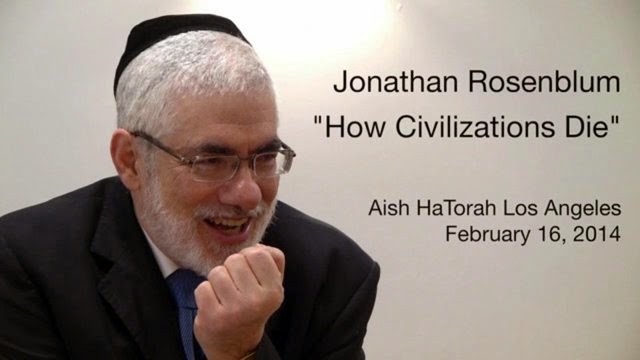 ..."He (Yair Lapid - Israeli Member of Parliament - Finance Minister) might be compared to Yasir Arafat, who told President Clinton at Camp David that signing a peace agreement would effectively seal his death warrant. That plea attested to Arafat's failure to educate his Palestinian supporters to the necessity of major concessions if they hoped to gain a state, including renunciation of the so-called "right of return." Instead he spent his time post-Oslo whipping the Palestinian population into a frenzy of hate -- much as Lapid has whipped up hatred of the chareidi population -- and was thus in no position to respond to Ehud Barak's dangerously generous offer of Palestinian statehood...."

JACOB PERLOW IN HIS OWN PATHETICALLY IGNORANT WORDS - MARCH 2014 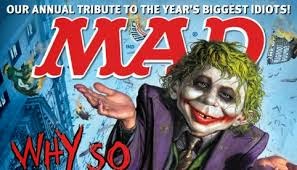