Fifty years ago there were none of the opportunities that exist today to report abusers and find ways to deal with them. 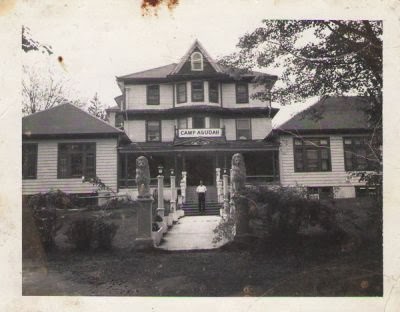 Michael J. Salamon Dr Michael Salamon, a fellow of the American Psychological Association, is the founder and director of ADC Psychological Services.New York. He is the author of numerous articles, several psychological tests and books including "The Shidduch Crisis: Causes and Cures" (Urim Publications) and "Every Pot Has a Cover" (University Press of America). His newest book is called "Abuse in the Jewish Community: Religious and Communal Factors that Undermine the Apprehension of Offenders and the Treatment of Victims." [Less]
Just this morning someone asked me “Do you think this happened 50 years ago?” He was referring to the alarming accounts of sexual predators that are increasingly being followed in the media and perhaps being publicized even more so by word of mouth. Several shocking situations are currently being discussed in some local communities and even some pulpit rabbis are openly detailing colleagues or community members who should be spurned and avoided. Just look at the uproar caused when Moti Elon was called to the Torah and the controversy that created not just in that local synagogue in Katamon but globally when reports of his honorific and the reaction to it went viral. As a convicted abuser, albeit with a too light sentence, he should not have gotten the privilege.

When he did receive the honor local protest was so loud it was heard internationally. Elon is not alone in the display of negative public reaction to him as an abuser there are others throughout Israel, in the United States, Australia and elsewhere. So the question, “Do you think this happened 50 years ago?” is a good one. But the question needs to be clarified.


Do I think there were predators 50 years ago? Certainly! I treated a women in her mid-80’s for Post-traumatic stress due to having been abused when she was a youngster. In brief she recounted that a leader of her community in Europe used to invite her over to his home for candy every Shabbat afternoon. She recounted many months of molestation. I asked her what she did about it. She gave the classic response. “I could not tell because he said he would kill me and my parents if I did tell.” I asked when it stopped. “When I started to develop he lost interest in me.” She never told anyone until starting therapy all those years later.

Did it exist 50 years ago? Not only did sexual predators exist in Eastern Europe 50 plus years ago they existed in Babylonia two thousand years ago. There are Talmudic discussions of a rabbi being exiled from his teaching position for illicit actions. So the answer to that part of the question is a definite yes.

The other component of the question, “Did you think this happened 50 years ago?” raises a completely different issue with a slightly better outcome. Fifty years ago and more there was no forum for dealing with the scourge of sexual abuse. That is one reason why it was almost never discussed. And, as a result, it was not believed.

Even if it was believed, in many circles it was simply seen as a transitional phase that many just had to endure on their way to adulthood. In countless instances if a child or even an adult came forward to complain of being sexually abused they were at best not believed or worse, shunned.

This sort of tacit acceptance still exists in some communities. High school age boys in dormitories or younger children in poorly supervised summer camps still report that they are abused and for some, it is something that is to be expected. The good news is that there are many more opportunities to report abuse and deal with predators than ever before.
Unfortunately there are still some people, powerful people, who wish to continue to sweep reports of the problem under the rug. But they are being confronted not just by the media or by their constituents but by reports of their respected colleagues who have themselves been predators for decades and are now being ‘found out’, disciplined, stripped of responsibility and shunned. So the answer to this part of the question – Did you think this happened 50 years ago? Is a definite no.
Fifty years ago there were none of the opportunities that exist today to report abusers and find ways to deal with them.
One more aspect to the question is how it is being dealt with professionally. Fifty years ago there were no professionally trained experts to deal with the traumas caused by sexual predators. Today there are. Unfortunately, there are too many individuals, some well-intentioned, others less so, with little or no training who market themselves as trauma specialists. Going forward it is important to see to it that the answer to the question, if asked 50 years from now is that a great deal of progress has been made not just in believing the abused, but also in reporting abusers to the proper authorities so that they are removed from society and that proper treatment for those needing it is available.

Read more: Do you think this happened 50 years ago? | Michael J. Salamon | Ops & Blogs | The Times of Israel http://blogs.timesofisrael.com/do-you-think-this-happened-50-years-ago/#ixzz2tgvxaO1q
Posted by Paul Mendlowitz at Tuesday, February 18, 2014