14 Questions Democrats Should Consider on the Iran Deal 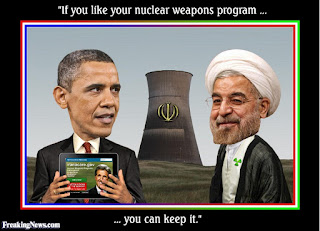 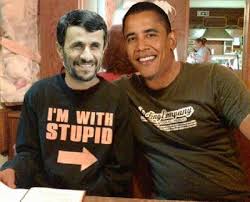 As Congress adjourns for its summer recess, Democratic lawmakers will be forced to assess and evaluate the Iran nuclear deal and its consequences. The Obama administration assured us on countless occasions that no deal was better than a bad deal, but in the words of Charles Krauthammer, the deal reached in Geneva with the mullahs represents the worst agreement in American diplomatic history. Here are some substantive and procedural points that congressional lawmakers will need to address when considering the merits of the Joint Comprehensive Plan of Action (JCPOA).

1) Under the JCPOA, Iran is permitted to have 24 days of advance notice before suspected nuclear sites can be inspected, giving them ample time to sanitize nuclear sites slated for scrutiny; does that sound intrusive?

3) Article 10, Annex III of the JCPOA provides two clauses that compel the world powers to assist Iran in protecting its nuclear facilities against sabotage or other forms of attack. Does that mean that the United States must act to defend Iran against Israel if Israel decided to initiate a cyber or conventional attack against Iran’s nuclear facilities? And if the U.S. decides not to defend Iran, can Iran claim that the United States is materially breaching the terms of the JCPOA and unilaterally abrogate the accord, a scenario suggested by Senator Marco Rubio?

4) Secret agreements between the IAEA and Iran allow Iran to collect and hand over to the IAEA its own samples. Does that not materially taint the chain of custody?

5) Under the terms of the JCPOA, "snapback" sanctions can only be implemented after a lengthy and cumbersome procedure culminating in a UN Security Council vote and companies already doing business in Iran are retroactively exempted; does that sound like a "snapback" and is the U.S. willing to impose snapback sanctions for “minor,” incremental breaches or will it reserve its snapback sanctions for all but the most egregious violations?

6) Considering Iran’s past and its record of transferring of missile technology to Hezbollah, Syria and North Korea, why is Iran being entitled to sanctions relief from its ICBM program after 8 years? Why does Iran need ICBMs? What strategic purpose do ICBMs serve for Iran’s defense needs other than delivering a nuclear payload?

7) What will Iran do with the 150 billion dollars it receives when the JCPOA is implemented?

8) Have you considered the fact that Iran has been caught cheating during the interim accords on no less than four occasions and that Iran maintains a lengthy record of deceitfulness and treachery?

9) Have you considered the fact that Iran is currently sanitizing the Parchin nuclear site and claiming they're doing "road repair"?

10) Now that Charles Schumer, Eliot Engel, Steve Israel, Kathleen Rice, Nita Lowey, Grace Meng, Brad Sherman, Ted Deutch, Albio Sires as well as other Democrats have decided to vote in favor of a resolution of disapproval, does that mean that Democrats who are opposed to the JCPOA are caucusing with Iranian hardliners, as Mr. Obama implied about Republicans?

12) Assuming Iran doesn't cheat, what will prevent Iran from legally becoming a threshold nuclear power after 8 to 10 years when most of the JCPOA's restrictions against Iran are lifted?

13) Mr. Obama referred the JCPOA for approval at the UN Security Council before Congress had a chance to review the accord; does that not demonstrate Mr. Obama’s contempt for Congress, the legislative process and the constitutional system of checks and balances?

14) The administration will not commit itself to following the law if Mr. Obama fails to override a congressional resolution of disapproval; see question thirteen.

Individually, each question raised presents serious flaws in the JCPOA and would justify voting in favor of a resolution of disapproval. Collectively, however, the issues raised present a damning indictment of a flawed negotiating process – some might classify it as a capitulation process – that gave the Islamic Republic everything it wanted on a silver platter and more. Questions surrounding the JCPOA also present a disturbing pattern demonstrating a level of contempt for the law, the legislative process and our constitutional system of government not seen since the Nixon administration.