STEFAN COLMER and the BUGS in the WATER...NEW BOOK FOR TORAH TEMIMAH STUDENTS BY ART SCROLL.."MESORAH" SERIES 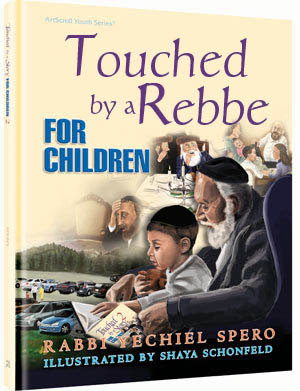 THIS BOOK SPONSORED IN PART(LOWER PART)...AND WITH MUCH LOVE BY THE TENDLER FAMILY AND YESHIVA BIRCAS YITZCHOK - LOS ANGELES...SHALOM TENDLER CHILDREN SUPERVISOR

I am not a psychologist or psychiatrist. And I don't want to be accused of practicing any of those fine scientific/medical professions without a license. But in my life experiences, I've noticed something about passionate, vocalized extremism. When someone is expressing very passionate views, and they are doing it loudly or emotionally and it strikes the average person as being "over the top," it usually means one of two things: Either the speaker has "drunk the kool-aid," meaning that they believe what they are saying totally, or they using this intense and extreme expressiveness to cover up their own deficiencies in practice or belief.

Some examples will help explain what I mean. Congressman Mark Foley was passionate and outspoken in his public speeches attacking sexual predators and then it turned out he was a sexual predator preying on underage male Congressional pages. I remember many years ago in my shul, a long-time member got up at a meeting and railed against the shul not being frum enough, not doing enough to make sure the children of the community were frummer, etc. He said things that raised many eyebrows given the fact that he was not that wildly frum himself. Many people could not figure out where this was coming from. Two weeks later, he left his wife and kids and ran off with his non-Jewish black secretary. His actions that day explained a lot about his performance at the meeting two weeks earlier.

I write this because I knew Stefan Colmer, not well and not intimately, but enough to recognize his face and name and to have spoken to him a few times. He was a computer consultant doing occasional work for a firm I was with. I also saw him at a midtown mincha minyan from time to time.

It was at that mincha minyan some time ago that we started talking about water filters and bugs in the water in Flatbush. Because the water panic had come on the heels of the Indian-hair sheitel panic – which, according to most poskim, turned out to be misguided and overblown – I was naturally skeptical of "trafe water." While I was not well-read on the subject, I expressed my opinion that the panic was overblown, and that microscopic particles of whatever in the water cannot be halachically impermissible. He argued passionately that I was factually wrong, (I may have been,) and that these things were visible to the naked eye. He told me he was installing filters and was using bottled water for drinking and cooking until then. He spoke passionately about having to live a proper life of halacha and adhering to all the rules and piskei halacha of our Gedolim.

I have thought back to that conversation many times since the revelations here - and subsequently in the press - of his alleged vile sexual misconduct against yeshiva boys, which was taking place about the time that we had that conversation. Excuse my sarcasm, but I'm so glad that while he was allegedly molesting young yeshiva students, Stefan was not imbibing in bug-laden, trafe water. What a tzaddik!
Posted by Paul Mendlowitz at Friday, August 03, 2007 134 comments: