Even a small number of unvaccinated people (Jews Included) can make it much easier for a disease to spread. 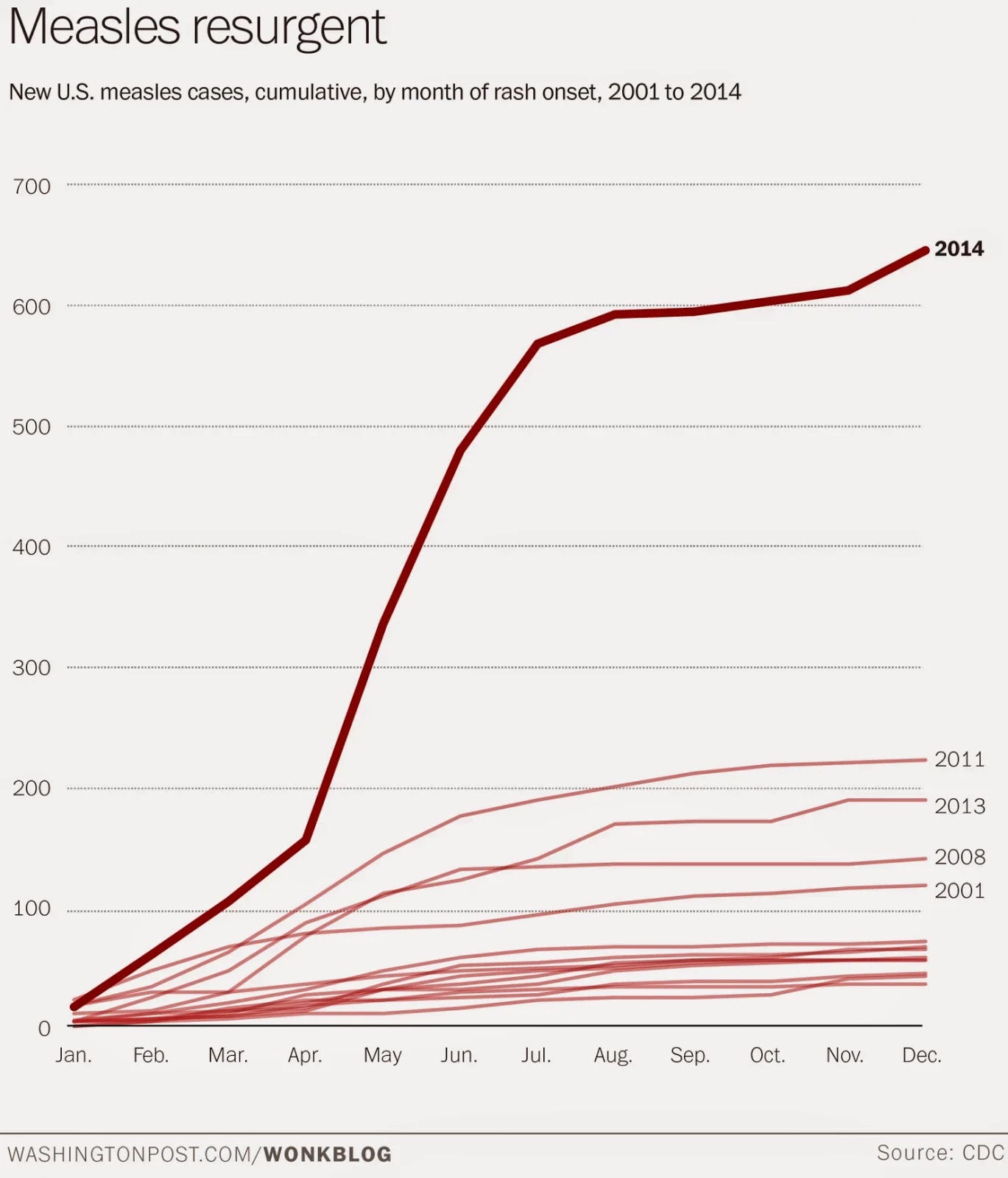 On the heels of the measles outbreak at Disneyland, Melinda Gates of the Bill and Melinda Gates Foundation took aim at the vaccine naysayers who make these types of disease outbreaks more likely.
"We take vaccines so for granted in the United States," Gates told the Huffington Post in a prerecorded interview published on Thursday. "Women in the developing world know the power of [vaccines]. They will walk 10 kilometers in the heat with their child and line up to get a vaccine, because they have seen death. [Americans have] forgotten what measles deaths look like."
She added, "I'd say to the people of the United States: we're incredibly lucky to have that technology and we ought to take full advantage of it."
In response to the Disneyland outbreak, pediatric infectious disease specialist James Cherry told the New York Times the outbreak was "100 percent connected" to the anti-vaccine movement. "It wouldn’t have happened otherwise — it wouldn't have gone anywhere," he said.
The key is what the scientific community calls herd or community immunity. If every American of age was vaccinated, measles wouldn't spread much further even if foreign travelers came into the country with the disease — as appears to be the case with measles. Vaccinated people essentially act as barriers to measles outbreaks, since the disease can't pass through them and infect other people. The awful truth of the anti-vaccine movement is that it puts the most vulnerable populations at risk: infants under 12 months of age, who can't get vaccinated and are more susceptible to infection, and the elderly, who have a higher risk of death if they contract these illnesses.

What happens when some people don’t get vaccinated?

Even a small number of unvaccinated people can make it much easier for a disease to spread.
To explain this phenomenon, scientists often refer to herd or community immunity, a coverage threshold that effectively prevents an illness from spreading.
If no one is immunized, a disease can easily bounce from person to person until it reaches everyone. If some people are immunized, the immunized people act like buffers that prevent a disease from spreading through them. If enough people are immunized, the buffers essentially become impenetrable and a disease can't realistically spread at all.

(National Institute of Allergy and Infectious Diseases)
The threshold for community immunity depends on the disease and how it's transmitted. In an analysis of several vaccine-treatable illnesses, the CDC setthe lowest threshold of vaccine coverage at 75 percent — for mumps — and the highest at 94 percent — for measles and rubella. Even the low-end threshold requires at least three in four people — and often children in particular — to get vaccinated.
http://www.vox.com/2015/1/26/7907067/melinda-gates-measles-vaccines
Posted by Paul Mendlowitz at Tuesday, January 27, 2015