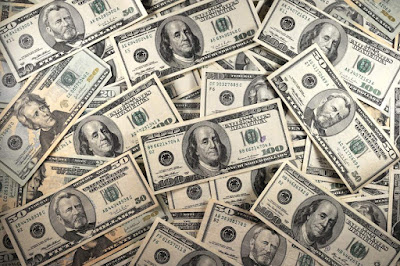 How senior White House adviser and Trump son-in-law Jared Kushner got into Harvard is an instructive one.

Of course few will be surprised that Kushner’s father, Charles Kushner, a wealthy and connected developer and political donor, helped him get in. But the details of just how that happened, described in Daniel Golden’s thoroughly reported 2007 book The Price of Admission, remain remarkable to this day.

What Golden found, essentially, was that Jared’s father handed Harvard (a school he did not attend) a big pile of money just as Jared was starting to apply to colleges. Around the same time, Jared’s dad got his US senator to contact another US senator to arrange a chat with Harvard’s dean of admissions.
Happily for the Kushner family, Jared was then admitted. But several officials at Jared’s high school outright told Golden that they found the choice puzzling, since his grades and academic record really didn’t seem to merit it:

In 1998, according to sources familiar with the gift, the New York University alumnus [Charles Kushner] pledged $2.5 million to Harvard, to be paid in annual installments of $250,000. ... At the time of the pledge, Kushner’s older son, Jared, was starting the college admissions process at the Frisch School, a Jewish high school in Paramus, New Jersey. A senior in 1998-99, Jared was not in the school’s highest academic track in all courses, and his test scores were below Ivy League standards. Frisch officials were surprised when he applied to Harvard — and dismayed when he was admitted.

“There was no way anybody in the administrative office of the school thought he would on the merits get into Harvard,” a former school official told me. “His GPA did not warrant it, his SAT scores did not warrant it. We thought for sure, there was no way this was going to happen. Then, lo and behold, Jared was accepted. It was a little bit disappointing because there were at the time other kids we thought should really get in on the merits, and they did not” ...

... Margot Krebs, who was director of Frisch’s college preparatory program at the time, said, “Jared was certainly not anywhere near the top of his class. He had some very strong personal qualities. He’s a very charming young man with a great deal of poise, the sort of kid you would look at him and say, ‘This is a future politician.’ It was an unusual choice for Harvard to make.”

Golden goes on to describe the role of the two senators — Frank Lautenberg of New Jersey and Ted Kennedy of Massachusetts — in getting Charles Kushner in touch with Harvard’s dean of admissions:

A source close to the family told me that New Jersey senator Frank Lautenberg, to whom Kushner and his family gave nearly $100,000 from 1992 to 2002, turned to Massachusetts senator Edward Kennedy to boost Jared’s Harvard prospects. Senator Kennedy, a Harvard alumnus whose family has been associated with the university for three generations, is said to have contacted admissions dean William Fitzsimmons, who then spoke with Kushner.

You can read more detail in Golden’s book, but overall the saga is a rather remarkable peek behind the curtain at just how the admissions process can be twisted to the benefit of the wealthy.