We must not let extremists from any sector the ability to dictate the direction our country goes in, nor put a stain in our society 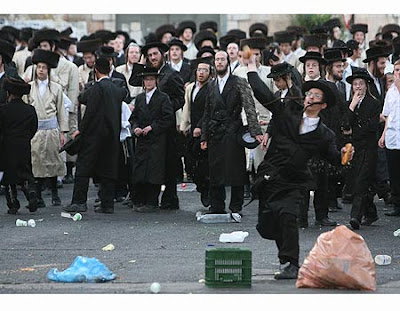 While leading a group of new olim who are slated to join the IDF as part of the Garin Tzabar program, Education Corps soldier Tamar Shadmi was assaulted by ultra-Orthodox with dirty diapers and eggs for being a woman in uniform.

A soldier from the IDF Education Corps was leading a group of new olim on the Garin Tzabar army program around the ultra-Orthodox Jerusalem neighborhood of Mea Shearim, when the residents of the neighborhood began throwing used diapers, eggs, and water bottles at her. 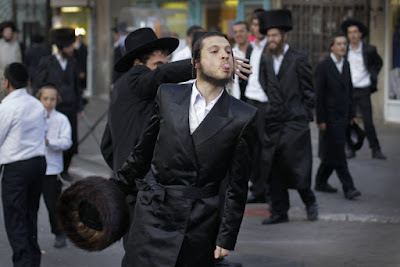 The soldier, Tamar Shadmi called the police who evacuated the group from the scene.

Her father Alon Shadmi wrote on President Reuven Rivlin’s facebook page about the incident with his daughter. He said that, with al due respect to the President’s vision of “uniting the tribes” (ie uniting all sectors of Israeli society), President Rivlin still doesn’t know how to live with people who are against him. 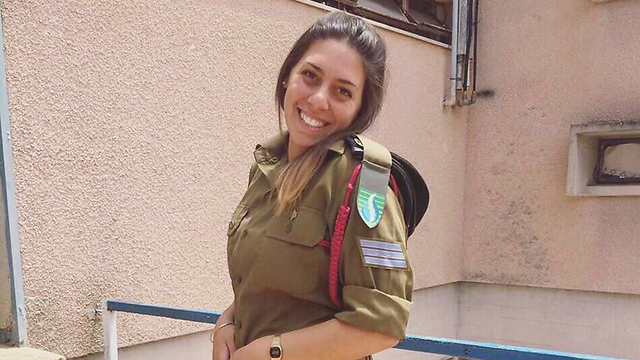 “My daughter Tamar went on a tour of Jerusalem with participants soon to be recruited into the IDF via Garin Tzabar. Tamar is a commander in the IDF Education Corps. She is a woman who was walking through the Mea Shearim neighborhood with a group of new olim, but had to escape with them with the help of the police after the residents threw water bottles, eggs, used diapers, along with a Jerry can at her – all because she was a woman wearing a uniform,” the father wrote.

His post continued, saying “I hope that our president knows how we can heal these rifts, how to heal the diminishing confidence between all of the ‘tribes’ – Amen.”

President Rivlin saw the post and replied, saying “It is with great sadness that I read about this outrageous incident which your daughter Tamar went through. No soldier in uniform should ever have to go through what your daughter went through. There is no proper response to give a parent who sends their child – with pride – to serve in the IDF and then have their child subjected to this kind of violence.”

The president continued in his post, saying “however, I remain a believer and hopeful, because I know that these aberrations don’t constitute the majority. While there are a handful of extremists, I’ve met many dozens of ultra-Orthodox rabbis, young adults who are building cultural bridges and real trust between the various sectors. These are righteous people who only see the good in everyone I believe, because every day I’m exposed to initiatives led by good people from every sector of Israeli society to create connections between the different sectors and cultures (in Israel). I believe because there are people who – such a as your daughter – who serve in the IDF Education Corps and instill good and just values within the members of the garin. This is of course difficult, but we must not let extremists from any sector the ability to dictate the direction our country goes in, nor put a stain in our society. I ask that neither you nor Tamar stop believing. Yours, Rubi.”

The father then responded, saying “I was very excited to read your words. Just like you, I believe in strengthening good, and welcome anything which brings closer and unites (the different sectors). I believe that the Presidency is the central public institution which works to strengthen and unite the connections between all of the tribes, and I really appreciate it. Thank you for your response.”
http://www.ynetnews.com/articles/0,7340,L-4871891,00.html
Posted by Paul Mendlowitz at Monday, October 31, 2016 2 comments: