LAWSUIT DOCUMENTS AT THE END OF THIS POST! SCROLL DOWN!

What: Attorneys Jeffrey Herman and Adam Horowitz of HERMAN & MERMELSTEIN, P.A., and Michael Dowd, Esq., announce the filing of another ten million dollar lawsuit against YESHIVA TORAH TEMIMAH (based in the Flatbush area of Brooklyn ) in connection with the alleged sexual abuse of a minor child by RABBI YUDI KOLKO. According to the Complaint:

The victim, identified as John Doe No. 6, was enrolled as a student in TORAH TEMIMAH, where Rabbi Kolko was a rabbi and teacher.

When JOHN DOE was approximately 11-13 years old and a student at TORAH TEMIMAH, JOHN was sexually abused by Rabbi Kolko on multiple occasions. The abuse took place at various locations, including, without limitation, Rabbi Kolko’s private office in TORAH TEMIMAH and the basement of TORAH TEMIMAH.

Rabbi Margulies, the head administrator at Torah Temimah, knew of allegations that Rabbi Kolko was sexually abusing boys at Torah Temimah years before John Doe No. 6 was abused.

Despite the fact that Rabbi Margulies knew of allegations that Rabbi Kolko was sexually abusing children and was unfit to be a Rabbi or teacher at TORAH TEMIMAH, he took no action to protect the young male students at his school and continued to give Rabbi Kolko unfettered access to young children.

A copy of the lawsuit is available upon request.

Where: On public sidewalk in front of Yeshiva Torah Temimah

THE DEFINITION OF RISHUS AND EVIL!

A fifth lawsuit was filed against a New York yeshiva alleged to have covered up the molestation of several students by a rabbi.

Two Miami attorneys filed the $10 million suit Monday against Yeshiva-Mesivta Torah Temimah in Brooklyn alleging that their client, identified only as John Doe No. 6, was abused on multiple occasions as a student in the mid-1990s by Rabbi Yehuda Kolko.

The suit claims that the yeshiva's head administrator, Rabbi Lipa Margulies, who is also named as a defendant, should have been aware of credible accusations against Kolko for at least 25 years prior to the plaintiff's alleged abuse.

Several former students have accused Kolko, a former teacher and assistant principal at the school, of sexual abuse. At least four other pending lawsuits have alleged that the school knew of Kolko's activities and took no action to protect the students.

Kolko was the subject of a 2006 story in New York magazine which said that molestation of young boys by rabbis was a "widespread problem" in the fervently Orthodox community. He is also facing criminal charges brought by the Brooklyn District Attorney's Office. 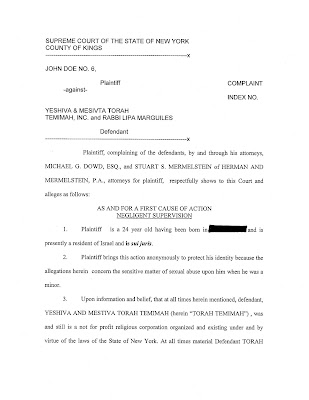 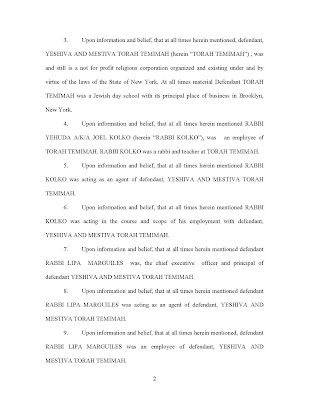 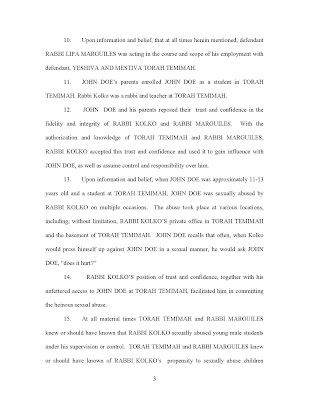 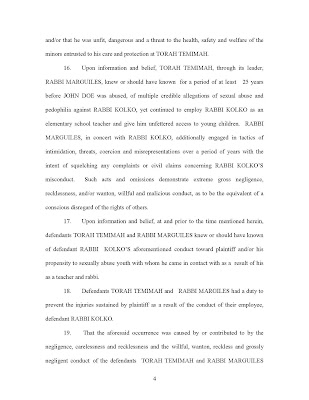 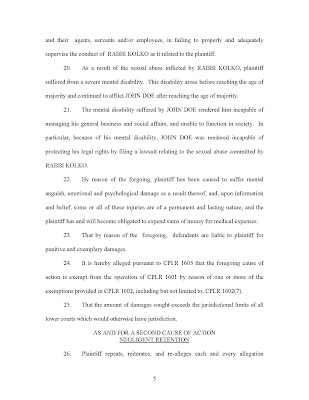 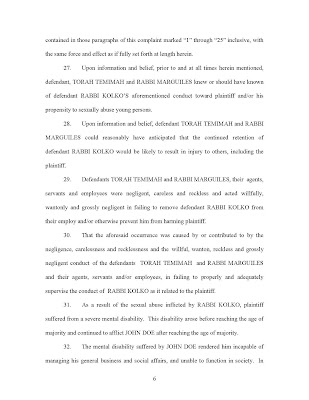 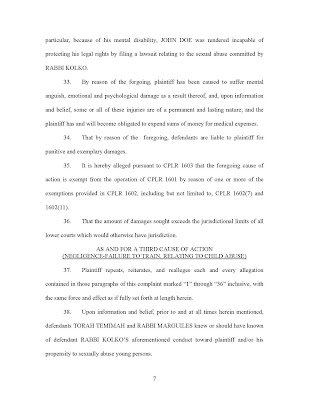 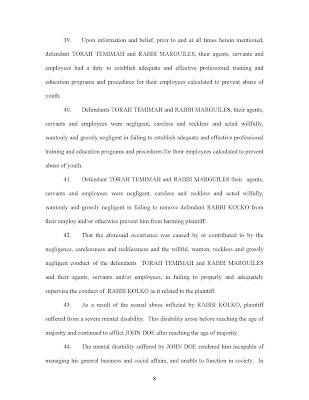 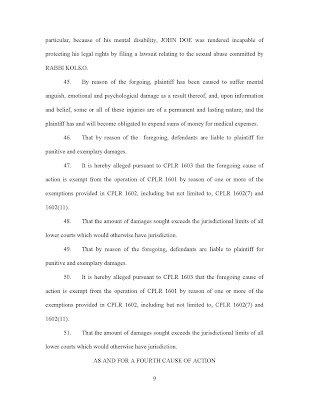 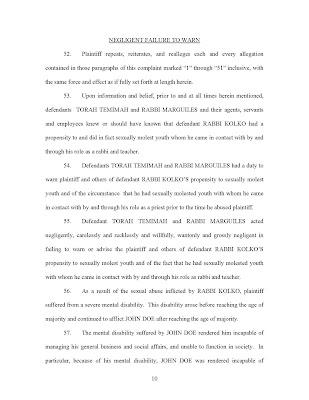 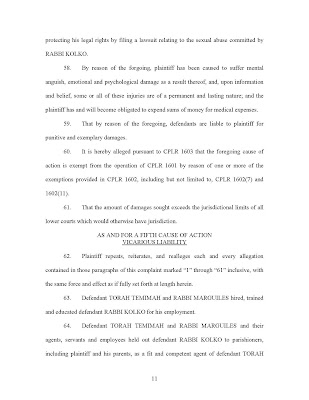 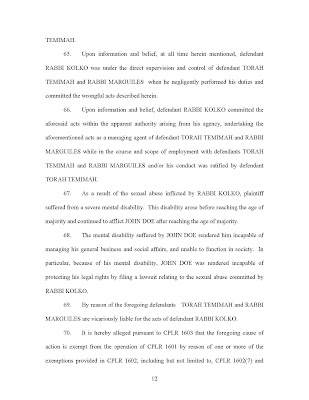 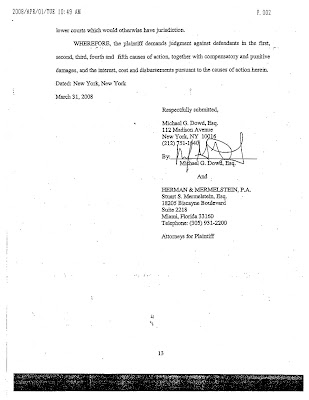 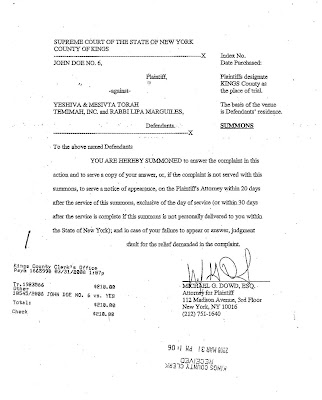 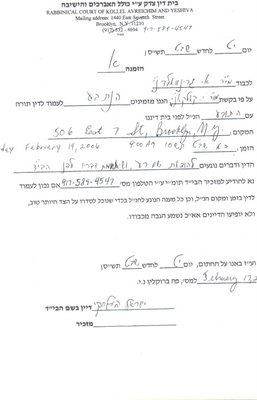 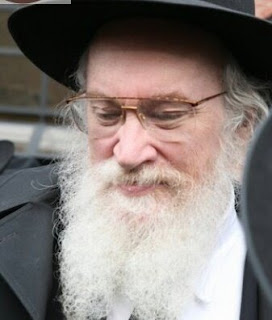