The Canadian Broadcast Company (CBC) is asking that any victim of Heshy Nussbaum to PLEASE contact the journalist handling this story. I am in contact with Kimberly Gayle, she is highly professional and will guarantee your anonymity if requested.
CBC News Toronto -- Desk: 416-205-6213 -- Mobile: 416-453-5218  - email: kimberly.gale@cbc.ca 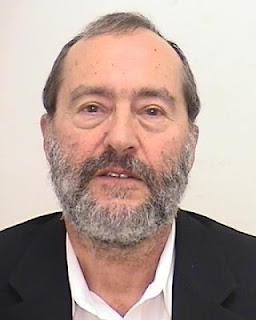 HISTORICAL ARREST OF 71 YEAR OLD NUSSBAUM - CHILD RAPIST FOR MORE THAN 55 YEARS STARTING AT HIS DAYS AS A PIRCHEI AGUDATH ISRAEL LEADER!

Police believe there may be more victims

The Toronto Police Service would like to make the public aware of an arrest made in a historical sexual assault investigation into sexual assaults alleged to have occurred between January 1972 and December 1975.

It is alleged that:

- the accused, while working as a teacher in a private religious school in the Bathurst Street/Steeles Avenue area, sexually assaulted a 12-year-old boy at the school and during a summer camp

- the assaults continued over a three-year period

On Wednesday, August 29, 2012, Heshi Nussbaum, 71, of Toronto, was charged with Indecent Assault Male.

Police believe there may be more victims.

Anyone with information is asked to contact police at 416-808-3205, Crime Stoppers anonymously at 416-222-TIPS (8477), online at www.222tips.com, text TOR and your message to CRIMES (274637), or Leave A Tip on Facebook. Download the free Crime Stoppers Mobile App on iTunes, Google Play or Blackberry App World.

I Call Him Avi

Priest Puts Blame on Some Victims of Sexual Abuse

A prominent Roman Catholic spiritual leader who has spent decades counseling wayward priests for the archdiocese provoked shock and outrage on Thursday as word spread of a recent interview he did with a Catholic newspaper during which he said that “youngsters” were often to blame when priests sexually abused them and that priests should not be jailed for such abuse on their first offense.

The Rev. Benedict Groeschel, who made the remarks, is a beloved figure among many Catholics and a founder of Franciscan Friars of the Renewal, a conservative priestly order based in New York. He hosts a weekly show on the Eternal Word Television Network and has written 45 books.

The comments were published on Monday by The National Catholic Register, which is owned by EWTN, a religious broadcaster based in Alabama.

“Suppose you have a man having a nervous breakdown, and a youngster comes after him,” Father Groeschel, now 79, said in the interview. “A lot of the cases, the youngster — 14, 16, 18 — is the seducer.”

He added that he was “inclined to think” that priests who were first-time abusers should not be jailed because “their intention was not committing a crime.”

On Thursday, the comments were taken off the publication’s Web site after the controversy erupted, and the editors, Father Groeschel and his religious order apologized.

“I did not intend to blame the victim,” Father Groeschel wrote in a statement published on The Catholic Register’s site. “A priest (or anyone else) who abuses a minor is always wrong and is always responsible. My mind and my way of expressing myself are not as clear as they used to be.”

Joseph Zwilling, a spokesman for the Archdiocese of New York, denounced the comments as “terribly wrong.” But he said the church was unlikely to discipline Father Groeschel, in part because as a member of a religious order, he was not officially a priest of the diocese.

For the past 38 years, Father Groeschel has counseled priests at the Trinity Retreat House in the New York suburb of Larchmont; he founded the retreat at the direction of the archbishop at the time, Cardinal Terence J. Cooke. The retreat is a place of treatment and reflection, and the archdiocese has sent priests credibly accused of sexual abuse to live there, but not since 2006, Mr. Zwilling said.

More recently, priests struggling with problems like alcoholism have been sent there for counseling. Father Groeschel, who has a doctorate in psychology from Teachers College at Columbia University, has also taught pastoral counseling for more than 40 years at the archdiocesan seminary, St. Joseph’s Seminary in Yonkers.

But though he told The Catholic Register that he continued to teach at the seminary, the archdiocese said that the previous academic year had been his last because of what it described as advancing senility and other health problems. The Rev. Glenn Sudano, another founder of the Friars of the Renewal, whose adherents take vows of poverty and work extensively with the poor, said the remarks might have been the result of Father Groeschel’s advancing age and failing health, as well as the aftereffect of a near-fatal 2004 car accident in Orlando, Fla.

“Poor Father Benedict,” he said. “It is painful for us, seeing someone who was so much an advocate and a defender for the underdog, say that.”

In the interview, Father Groeschel said that he continued to counsel priests and that he worked some 12 hours a day.

Asked if he counseled priests who were abusers, he said yes, and then offered a sympathetic portrait. “People have this picture in their minds of a person planning to — a psychopath, but that’s not the case,” he said. Asked why a child might act as a seducer, he said: “A kid looking for a father and didn’t have his own — and they won’t be planning to get into heavy-duty sex, but almost romantic, embracing, kissing, perhaps sleeping but not having intercourse or anything like that.”

He also expressed sympathy for Jerry Sandusky, the retired Penn State football coach who was recently convicted of serial child molesting, calling him “this poor guy.”

Many New York priests and others — including advocates for victims of child sexual abuse — reacted with anger at the remarks. “Blaming the abused for their abuse is indefensible,” said the Rev. James Martin, a Jesuit commentator for America Magazine.