Standing On The Shoulders Of A Giant! 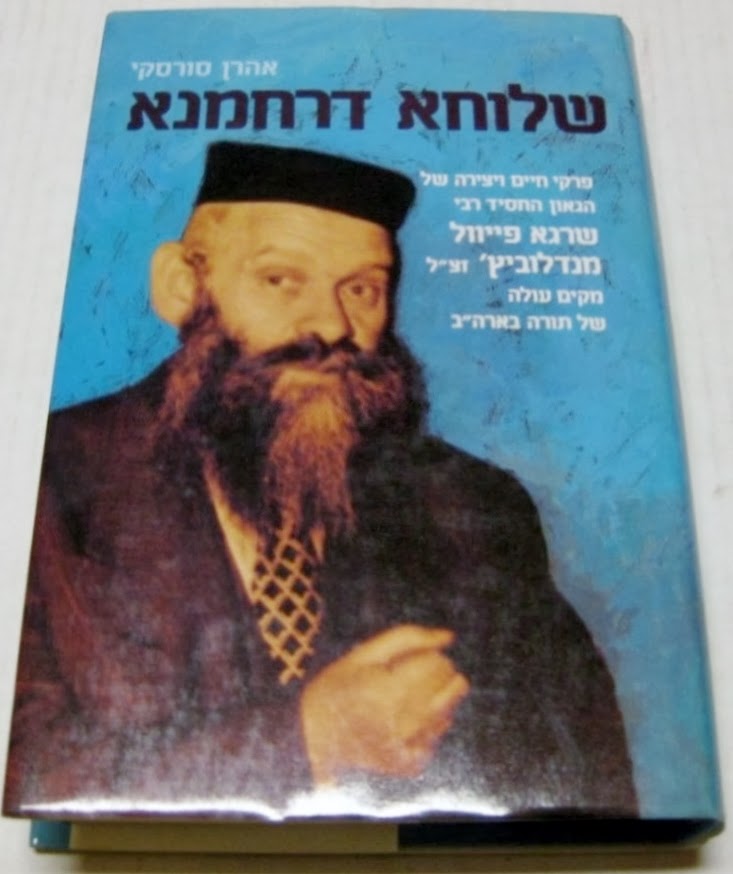 Among Rabbi Shraga Feivel Mendlowitz's ztvk"l last wishes, was that his son in-law, Rabbi Alexander Linchner, go to Israel and "rateve der Sefardishe kinder" - save the Sephardic children! This, from a humble Jew from Europe, whose sheer breadth of human compassion was beyond imagination, and concern for the well being of children was a paramount concern to him. Even as he lay on his deathbed.

He was the human Hubble telescope - he saw universes and galaxies beyond what anyone else was able to see or fathom.

Yes, the children were his primary concern -- because it is they that would carry the Jewish people forward until the coming of Moshiach. A well-educated, emotionally healthy child, imbued with the appropriate set of values, Torah values, would keep Yiddishkeit's light burning throughout the planet! The torch or "shraga" would light Torah fires in every nook and cranny on the planet Earth.

Rabbi Moshe Feinstein said about RSFM -- "every single student in a yeshiva in America, now and forever, is a talmid of RSFM"! He loved Jews and Judaism with a passion unmatched in recent history. He fought off his detractors - the naysayers that scoffed at him and his concept of the new American Jew. He could care less what the masses thought about his concept of Torah (Im Derech Eretz) education in America. He battled the kannoim - the crazies. He declared war against self-inflicted poverty of the mind. Many of his dearest talmidim were encouraged to seek a parnassa outside the walls of the yeshiva. He battled Rabbi Aron Kotler on "high school" education in yeshivas. It is not for naught dear Zeide. The American Yid will survive, although this generation has lost its way.

"Your children" were trampled on, your values were spat upon, your way of dress has been soiled by gangsters, your pure Yiddish language has been twisted into vulgarities, your yeshiva kinderlach were sexually and emotionally raped by animals posing as rabbis, your battle for the sanctity of kashrus has been turned into a -- big illicit profit crooked gesheft, your Bais Yaakov girls were violated by beasts posing as rabbis, teachers and principals.

There is still a fire in a few Jews that will never give up, never! We will battle your battle until our last breath, as you did! We will turn the world upside down -- until your values return to the nation of Israel.

Your values will return to the Jewish people, I promise! Beseech God on behalf of your kinderlach dear Zeide - we need your intervention with the Ribbono Shel Olam -- we must prevail, we must not fail!
Posted by Paul Mendlowitz at Wednesday, April 23, 2014 57 comments: