Following accusations of sex assault and fraud, four religious seminaries in Jerusalem have agreed to refund tuition to 13 American families.

The four girls seminaries — Pninim, Binas Bais Yaakov, Chedvas Bais Yaakov and Keser Chaya, which are located in Jerusalem and have a large number of American students — were sued in August in Chicago in a class action suit filed by families demanding their money back for the current academic year, after they became aware of sexual assault allegations against the rabbi who was running the seminaries at the time.
The plaintiffs, who did not claim Rabbi Elimelech Meisels had assaulted their daughters but who pulled their daughters from the seminaries after allegations by other girls surfaced, reached an out-of-court settlement with the seminaries last month. The seminaries agreed to refund tuition fees for the current academic year, the plaintiffs’ attorney Shneur Nathan confirmed to Haaretz.
Meisels, who is described in the suit as an American with a residence in Jerusalem, was accused by plaintiffs of sexually assaulting an undetermined number of American and Canadian girls at the seminaries between 2004 – around the time he "founded or co-founded" the seminaries – and 2014. Meisels has denied the allegations, according to an August article by JTA. Through his attorney, Meisels declined to comment to Haaretz.
According to the seminaries, Meisels is no longer in charge of operations.
In addition to Meisels, three other individuals, all of them American citizens, were also named as defendants - Yaakov Yarmish, a member of the seminaries’ management, who is based in Israel; Rachel Slanger, who according to the suit is Meisels’ sister and is based in the U.S.; and Rabbi Tzvi Gartner. According to the suit, Yarmish and Gartner were “believed to be in control of Peninim of America Inc.," the non-profit that handles financing for the institutions in the U.S., along with Meisels. Gartner is also a member of an Israeli beit din, or rabbinical court, established in wake of the accusations.
The other defendants named in the suit were the seminaries themselves; Peninim of America, Inc.; and “as yet unknown co-conspirators.” All defendants were accused by plaintiffs of fraud. Meisels is the only defendant against whom allegations of sexual assault have been made in the lawsuit.
'Under the radar'
No arrests have been made in the Meisels case in Israel, the only country with jurisdiction to prosecute.
David Morris, the head of Magen, an Israeli nonprofit that specializes in the prevention of child abuse and which has reached out to possible victims, told Haaretz that as far as he knows no complaints have been made to the police in Israel and that "to the best of my knowledge there is not yet a police investigation."
The case has slipped "under the radar" in Israel, says Morris.
When asked whether Israel Police are investigating or have investigated allegations of sexual assault by Meisels, police spokesman Mickey Rosenfeld told Haaretz, "No information on this matter was available from police." Asked whether anyone had lodged any complaints against Meisels to the Israel Police, Rosenfeld said only that "no information on this matter was available."
According to plaintiffs in the U.S. civil suit, Meisels used the seminaries as a "front" to "fraudulently and unlawfully take thousands of dollars from each of these parents and to induce these girls, by telephone, mail, wire and other means, to travel thousands of miles outside the United States and away from their parents for the purpose of sexually assaulting these vulnerable young girls.” The suit also alleged that students’ reputations were threatened - something that would jeopardize future marriage prospects in Orthodox circles - in order to keep them quiet.
In addition, in the suit the plaintiffs accused certain seminary staff members of complicity in defrauding parents of fees, and “as yet unknown co-conspirators” of “actively and passively concealing the assaults,” and of continuing to “cover up defendant Meisel’s sexual assaults and fraud by failing to report the assaults to the authorities.”
READ MUCH MORE:
http://www.haaretz.com/jewish-world/jewish-world-news/1.629377

"Rabbi Heinemann was very clear, he does not think that Seminary in Eretz Yisroel is a good thing" ...

Rabbi Heinemann's letter minces no words. He notes the spiritual and physical risks associated with having one's daughter alone in Eretz Yisroel and writes that Ain Ruach Chachamim Nocheh Mizeh. He bemoans the terrible financial burdens these seminaries cause with their high costs and financial policies....
"....As Seminary has become more popular some remarkable developments have occurred. Many of the seminaries are businesses, they are set up as income generating tools to support the owners and the teachers. There is no fundraising arm, "scholarships" are really just discounts. There is no community Rabbinic or lay oversight either. These are dramatically different "Mosdos" than the ones we are accustomed to  supporting.
In many or even most cases they do not offer three meals a day or Shabbos meals. Girls are "placed" for these meals by families. Of course, efforts can be made that these placements are appropriate, but ultimately there is no way for anyone to take responsibility for this massive undertaking.  Obviously no Jewish community can expect all of its girls to fit into this mold B'ruchniyus or B'Gashmiyus. And Mechanchim agree, many girls are hurt in Israel irreparably, many girls waste their year with an inappropriate seminary and no way to change or deal with their problems. The only answer is local seminaries and there are options in many communities for these exact reasons...." 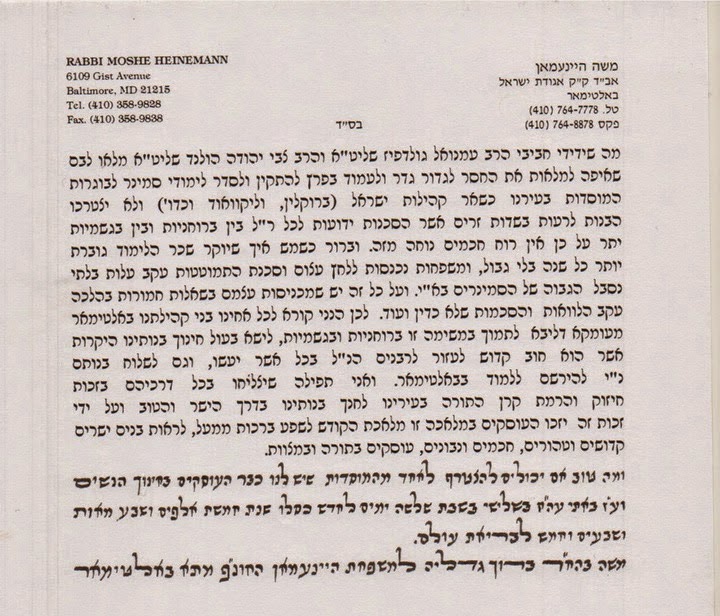