Sexual assault of children “like an epidemic,” rape crisis centers says ---- The Association of Rape Crisis Centers runs about 100,000 education workshops each year to teach students how to respond to sexual assault. 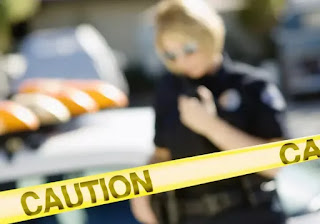 One out of every five children in Israel is a victim of sexual assault, according to Orit Sulitzeanu, executive director of the Association of Rape Crisis Centers in Israel.

Of the 50,000 calls Israel’s rape crisis centers receive annually, Sulitzeanu said 60% are from people who were assaulted as minors and are reporting a case years later, reflecting the inadequacy of support systems in communities and school.

In the widely followed investigation into the rape of a seven-year-old girl from a West Bank settlement whose main suspect was released on Tuesday due to a lack of evidence, 10 days passed between the time the girl first reported the incident to her mother, her mother reported it to the school, and the case reached the police.

“We are going to approach the minister of education very urgently because we think there’s a big failure in the system,” Sulitzeanu said. “We want him to have a very clear protocol so every teacher will know exactly how to behave.”

In Israel, 84% of sexual assault cases that are reported to the police are closed without indictments, with more than two-thirds of those cases closed due to a lack of sound evidence.

In the recent case, five days passed between the time the girl reported the assault to her parents and a doctor at a local clinic examined her.

“You need all of the systems to synchronize in order to help this child,” Sulitzeanu said, emphasizing that the quicker a school reports a sexual assault case to the police, the quicker the victim can be supported, evidence can be collected, and the perpetrator can be located.

According to the Association of Rape Crisis Centers, which runs just nine centers across Israel and is one of the few organizations in Israel collecting data on sexual assault, only 30% of callers file a report with the police, and fewer than that number reach the legal system.

“The numbers are very, very low,” Sulitzeanu said. “People are ashamed. People sometimes take many years to report. All of these things deter many, many women and men to report to the police.

The Association of Rape Crisis Centers runs about 100,000 education workshops each year to teach students how to respond to sexual assault, but courses that address sexual assault are not mandatory for students studying to be teachers, social workers or psychologists in Israel, she said.

“If the Ministry of Education would indeed open the schools and let our workshops enter all of the schools in Israel, it will be very, very helpful,” said Sulitzeanu, noting that the high-profile nature of the case involving the seven-year-old may spur governmental action.

“In Israel today, there is no systematic, governmental plan to prevent sexual abuse and detection of children who are abused, and this is a must,” she said. “I really hope that this child gets care and a lot of emotional support from her surroundings because this is the most important thing.”