“Blogs like UOJ and Failed Messiah, along with the Awareness Center, were instrumental in fostering the anti-abuse movement in the Orthodox community, publicizing stories of abuse and exposing those (often powerful and until then, untouchable) people, who enabled it and connecting survivors and advocates who went on to effect real change in the world.” 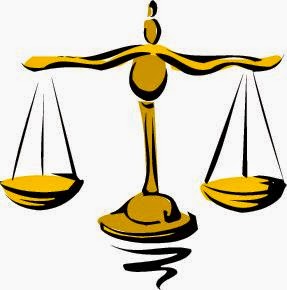 by Professor Marci A. Hamilton:

"....In short, it is no longer as feasible to perpetuate historical misinformation by religious organizations as it was before the Internet. With blogs, a proliferation of media outlets, social media, and websites established to address specific problems in particular communities, the balance of power between the powerful and the vulnerable has been altered for the better and hopefully permanently.

Religious cultures control the beliefs and perceptions of their believers by limiting access to outside information and especially information that undermines their authority. The Internet is the first populist tool that creates nearly insurmountable challenges to such image-building and unless the group bans the use of computers and smartphones altogether (not just ownership of them), the information streaming on the Internet can send shockwaves into firm foundations carefully constructed by religious leaders.

The Internet also has been useful in uncovering the bad acts of religious organizations (and plenty of others), particularly where they resisted transparency. Thus, it can be an agent for justice and the truth. In large part due to the Internet and the World Wide Web, we know much more now about the dangers of polygamy and clergy sex abuse. This sword is double-edged, however, as ISIS and other jihadist organizations are using the Internet to recruit new members into terrorism. Yet, the answer to this is likely the Internet!

The Internet and Uncovering Sex Abuse and the Cover-ups

The Internet had one of its most fortuitous impacts on crime in its capacity to bring survivors of abuse in religious organizations together, and to unveil the orchestrated cover-ups that have become one of the marks of religious organizations (and many others) in this era. The impact has been felt from the largest religious organization in the world, the Roman Catholic Church, to the small and insular, like the FLDS and the ultra-Orthodox Jews. In each of these religious organizations, among many others across the faith spectrum, higher-ups hid knowledge about child sex abuse for a variety of motives, including the protection of image, the preservation of power, and the fear of legal and financial liability.

The Internet has flushed out even the most insular. As Hella Winston, award-winning journalist and author of Unchosen: the Hidden Lives of Hasidic Rebels, explains, “For people living in a community where speaking out publicly about abuse can be socially, emotionally and even physically perilous, the Internet played a critical role not only in exposing the problem of abuse but allowing survivors to connect safely with one another and with others—both within and outside their communities.” These survivors have been able to find comfort and power through the Internet.

“Blogs like UOJ and Failed Messiah, along with the Awareness Center, were instrumental in fostering the anti-abuse movement in the Orthodox community, publicizing stories of abuse and exposing those (often powerful and until then, untouchable) people, who enabled it and connecting survivors and advocates who went on to effect real change in the world.”......

Marci A. Hamilton is one of the leading church/state scholars in the United States and the Paul R. Verkuil Chair in Public Law, Benjamin N. Cardozo School of Law, Yeshiva University. She is the author of God vs. the Gavel: The Perils of Extreme Religious Liberty and Justice Denied: What America Must Do to Protect Its Children, and numerous scholarly articles. She has been a visiting professor at Princeton University, New York University School of Law, Emory University School of Law, and the Princeton Theological Seminary. Professor Hamilton was lead counsel for the City of Boerne, Texas, in the landmark decision,Boerne v. Flores, 521 U.S. 507 (1997), and has served as constitutional law counsel in many important cases involving religion, particularly in the area of clergy sex abuse and religious land use. Professor Hamilton clerked for Associate Justice Sandra Day O’Connor of the United States Supreme Court and Judge Edward R. Becker of the United States Court of Appeals for the Third Circuit; and received a J.D. from Pennsylvania Law School, where she served as Editor-in-Chief of the University of Pennsylvania Law Review; an M.A. in English from Pennsylvania State University; an M.A. in Philosophy from Pennsylvania State University; and a B.A. from Vanderbilt University.

- See much more at: http://verdict.justia.com/2014/11/13/internet-religion-transparency-battling-tyranny#sthash.ALvAr8MG.dpuf
Posted by Paul Mendlowitz at Friday, November 14, 2014