How is it, then, that we blithely send our children to institutions that lack effective safeguards against a widely recognized danger that causes untold damage to such a huge percentage of boys and girls everywhere? Why aren’t we speaking up, demanding that our schools and camps and synagogues implement basic protocols for preventing further incidents? Could anyone think that we can afford to remain in denial? 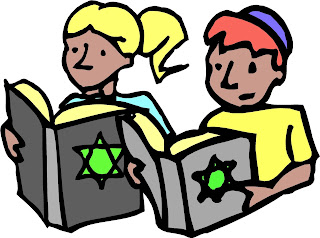 Last week I attended a major three-day conference of hundreds of Jewish funders, where I participated in a panel discussion on how philanthropic foundations such as ours have succeeded in addressing various stigmatized social needs — issues that other funders seem to avoid. I spoke about our pioneering work in the field of mental health, and two colleagues representing other foundations described their groundbreaking work in helping people with disabilities and people with addictions.

The room in which our panel discussion took place was situated at the edge of the hotel grounds, quite a distance from the nerve center of the conference. I don’t doubt that the choice of location was purely coincidental, but the symbolism was hard to miss. Unsavory topics tend to hover on the fringes of Jewish philanthropy’s collective consciousness — perhaps because donors are loath to acknowledge that Jews succumb to the same sordid impulses as do the rest of humanity; or maybe these issues simply depress them.

In the course of my presentation on our work in mental health, I elaborated on our recent activities addressing child sexual abuse within the Jewish community. Statistics point to incidence rates of 1 in 3 among girls and 1 in 7 among boys.

Just over a year ago, our foundation together with two others launched an organization called ASAP.

Since that time, hundreds of child sexual abuse survivors in the US have come forward to request our help in accessing therapy, and thousands are being assisted by local NGOs. Similarly, programs that we support in Israel are experiencing an exponential increase in demand for their services. And yet, institutions where children congregate, such as schools, summer camps, synagogues and youth groups, lack effective policies to prevent incidents of child sexual abuse.

During that panel discussion’s question and answer session, while we fielded numerous questions from those in attendance, there was not one question about child sexual abuse. Despite all the publicity this issue has received, such as the movie Spotlight, the Penn State scandal and the current allegations against former House Speaker Dennis Hastert, the subject remains taboo.

Our efforts to promote awareness have made inroads with a handful of prestigious educational networks, whose administrations now realize that implementing effective child-safety policies — and soon — is vitally important and is in fact in their own best interests as well. We hope to support these efforts, monetarily, professionally and operationally, and to extend them to other institutions.

Yet our coalition of Jewish funders for this cause remains small. Interestingly, all of us are haredi. As an active member of this coalition, I have reached out to highly educated, progressive, deeply caring donors from across the Jewish spectrum to partner with us to combat this scourge, but with scant success. This puzzles me, for child sexual abuse is hardly a theoretical problem; the children and grandchildren of these very donors are vulnerable. All of our children are at risk.

How is it, then, that we blithely send our children to institutions that lack effective safeguards against a widely recognized danger that causes untold damage to such a huge percentage of boys and girls everywhere? Why aren’t we speaking up, demanding that our schools and camps and synagogues implement basic protocols for preventing further incidents? Could anyone think that we can afford to remain in denial?

It seems that it will take more time for the Jewish philanthropic community to realize the extent of the problem. We must be patient, as this happens every time our foundation identifies and tackles an unaddressed need. It happened in 2007, when we began helping haredim in Israel integrate into the workforce, and no one else was interested. It happened again in 2009, when we began helping victims of domestic violence start a new life – not a popular cause back then. In each of these cases, eventually, the broader community caught up.

And the community will certainly catch up with our deep concern for child sexual abuse as well. The only question is, How many more of our children will need to suffer before that happens?