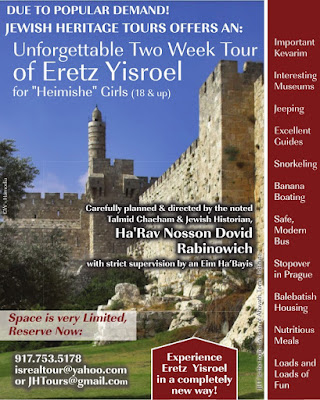 http://www.slideshare.net/NathanDavidRabinowic/harav-nosson-dovid-rabinowich-jewish-heritage-tours - LINK OPERATIONAL - February 8, 2016 - after he swore on his father's grave he never promoted any tours for 4 years! 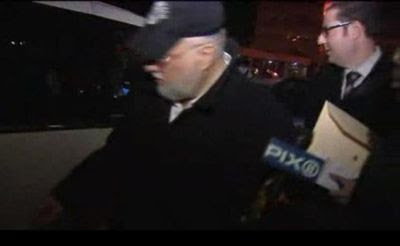 Queens District Attorney Richard A. Brown announced today that a Brooklyn rabbi has been charged with sending sexually explicit messages to a  person he had met online and whom he believed to be a 14-year-old girl and with whom he was attempting to meet for sexual relations.  The alleged victim was actually a New York City Police Department undercover detective assigned to its Vice Enforcement Division.


District Attorney Brown said, “This arrest is the latest in a series of child luring cases that this office, in conjunction with the NYPD, has pursued over the years. It is disturbing that a man who is supposed to be held in high esteem by the community in which he lives would allegedly try to lure a child to meet him for sex. It is imperative that parents monitor their children’s online activities to protect them from the Internet predators that we know are out there looking for victims.”

The District Attorney identified the defendant as Nathan David Rabinowich, 59, of 2624 Avenue R, in Brooklyn. Also located at his home address are the defendant’s synagogue and a business he runs, Jewish Heritage Tours, which operates tours of  Europe and South Africa. The defendant was arrested last night when he is alleged to have gone to a pre-arranged meeting in Queens to meet an underage girl for sex. The defendant is presently being held pending arraignment in Queens Criminal Court on charges of second-degree attempted rape, second-degree attempted criminal sexual act, first-degree attempted dissemination of indecent material to minors and attempted endangering the welfare of a child.  If convicted, he faces up to four years in prison.

District Attorney Brown said that, according to the criminal complaint, an NYPD vice detective was operating in his undercover persona as a 14-year-old girl from Queens on December 5, 2012, during which time he was contacted by Rabinovich, who used the screen name NYCNORMAL100@aol.com. Rabinovich’s instant messages were allegedly sexually graphic in nature and continued through December 22, 2012, at which time they suddenly stopped. On February 4, 2013, according to the complaint, the undercover was contacted by the defendant who was using a different screen name, NORMALGENTNYC@aol.com. The defendant allegedly told the undercover that his “girlfriend” had the password to his email account and saw the emails between the two, which were not sexual in nature and did not mention the age of the undercover, so he was using a new screen name. The defendant allegedly sent the undercover graphic sexual instant messages on February 4, February 11 and February 12, 2013.

Finally, according to the criminal complaint, the defendant arranged to meet with the alleged 14-year-old girl last night in Queens and was arrested when he showed up at the location.

A rabbi has been arrested after sending sexually explicit messages online to a person he thought was a 14-year-old girl and arranging to meet her in Queens for sex, the district attorney’s office said on Thursday. Instead, a New York police detective had impersonated the girl, the authorities said.

The rabbi, Nathan David Rabinowich, 59, of Brooklyn, was arrested Wednesday. He was charged with four sexual offenses, including attempted rape, the Queens district attorney’s office said in a statement.

“It is disturbing that a man who is supposed to be held in high esteem by the community in which he lives would allegedly try to lure a child to meet him for sex,” the district attorney, Richard A. Brown, said.

Rabbi Rabinowich runs a tour company and a synagogue from his home in the Midwood section, according to the statement. He exchanged online messages, some sexually graphic, with the detective in December and this month, the statement said.

The rabbi was arraigned Thursday evening, and bail was set at $50,000, a spokeswoman for Mr. Brown’s office said.

He is scheduled to appear in court again on March 7.

A lawyer for Rabbi Rabinowich did not immediately respond to a message seeking comment late Thursday night.