A few weeks later, Jake locked himself in a bathroom at home and tried to drown himself in the bathtub.... 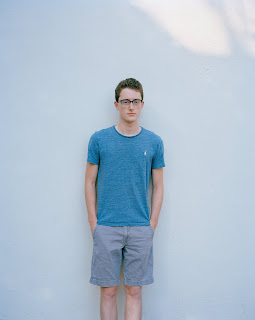 A MUST READ FOR EVERY CARING PARENT - READ THE COMMENTS SECTION AT THE NYT AS WELL!

Parents, therapists and schools are struggling to figure out whether helping anxious teenagers means protecting them or pushing them to face their fears.

The disintegration of Jake’s life took him by surprise. It happened early in his junior year of high school, while he was taking three Advanced Placement classes, running on his school’s cross-country team and traveling to Model United Nations conferences. It was a lot to handle, but Jake — the likable, hard-working oldest sibling in a suburban North Carolina family — was the kind of teenager who handled things. Though he was not prone to boastfulness, the fact was he had never really failed at anything.Not coincidentally, failure was one of Jake’s biggest fears. He worried about it privately; maybe he couldn’t keep up with his peers, maybe he wouldn’t succeed in life.

The relentless drive to avoid such a fate seemed to come from deep inside him. He considered it a strength. Jake’s parents knew he could be high-strung; in middle school, they sent him to a therapist when he was too scared to sleep in his own room. But nothing prepared them for the day two years ago when Jake, then 17, seemingly “ran 150 miles per hour into a brick wall,” his mother said. He refused to go to school and curled up in the fetal position on the floor. “I just can’t take it!” he screamed. “You just don’t understand!”Jake was right — his parents didn’t understand. Jake didn’t really understand, either.

But he also wasn’t good at verbalizing what he thought he knew: that going to school suddenly felt impossible, that people were undoubtedly judging him, that nothing he did felt good enough. “All of a sudden I couldn’t do anything,” he said. “I was so afraid.” His tall, lanky frame succumbed, too. His stomach hurt. He had migraines. “You know how a normal person might have their stomach lurch if they walk into a classroom and there’s a pop quiz?” he told me. “Well, I basically started having that feeling all the time.”Continue reading the main story

Posted by Paul Mendlowitz at Friday, October 20, 2017 No comments: