The Not So Silent Epidemic in New York! 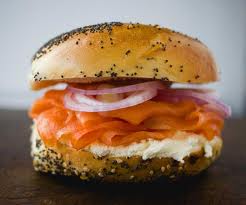 Erin Merryn has had an eventful fall.

In October, Glamour Magazine chose her as one of its 10 Women of the Year. She finished her third book — all it needs now is a title — and most recently got engaged when her boyfriend proposed on Black Friday.

"I never thought I would find a man (whom) I could trust," she said. "It was easier for me to love somebody than to trust them."

At 27, Merryn still thinks about the men who raped and molested her as a child. It's her passion for fighting child sex abuse that led to her other major achievement this fall: Nearly three years after she launched a nonstop campaign against what she calls a "silent epidemic," Illinois lawmakers appear poised to pass a bill aimed at teaching children about sex abuse.

The bill would extend state-mandated sexual abuse and assault education to elementary and middle schools. Only high schools are required to teach it under current law. But as Merryn learned from her own childhood, those lessons often come far too late.

The Centers for Disease Control estimates that one in four girls and one in six boys will be sexually abused before their 18th birthday. It first happened to Merryn when she was 6. Without knowing that what her neighbor had done to her was wrong, she kept it a secret. Her older cousin later molested her when she was between the ages of 11 and 13. Once again, she remained silent.

It wasn't until Merryn was a sophomore in high school that she first learned about sexual abuse in class. By then, she said, she had suffered through years of failed therapy, nightmarish flashbacks and dwindling grades.

"If someone gave me the right message, I would have spoken up," she said. "I was consumed with this fear that no one would believe me. I kept quiet so I didn't get in trouble."

In April 2010, Merryn quit her job as a youth and family counselor to work full time on her national awareness campaign. She considers the Illinois bill a milestone in her ongoing fight against child sexual abuse. It's the culmination of two published books, hundreds of speaking events and hours of testimony.

The Illinois House of Representatives passed the bill 97 to 10 earlier this month. Its fate is now in the hands of the Senate, which lawmakers say will likely vote on it in early January. And if the bill passes, Gov. Pat Quinn — an outspoken supporter of Merryn — could sign it by Valentine's Day.

The young activist says she's only getting started. She has taken her campaign on the road with a time-tested pitch and newfound sense of urgency.

Outraged by the string of recent child sex abuse cases — from Penn State University to the Boy Scouts of America — Merryn says lawmakers are more willing than ever to listen to her message.

"These examples show it isn't the 'stranger danger' going after all your kids," she said. "There are those cases, but they happen only seven percent of the time."

Various studies show that between seven and 25 percent of child sex offenders don't know their victims, according to the Crimes Against Children Research Center. The center estimates up to a third of offenders are family members.

Realizing the window for change may be brief, Merryn testified in six states this year and plans to testify in 10 more in 2013.

Four states have passed versions of "Erin's Law," which creates the task force charged with writing recommendations for how schools should teach sex abuse education. The law is pending in nine others.

"Erin's Law" passed two years ago in Illinois without receiving one "no" vote. But unlike the task force the law created, the proposals outlined in the more recent bill aren't free of controversy.

While praising the sex abuse education bill's objective, Republican lawmakers who voted against it said they ultimately couldn't support its unfunded mandate.

"You can't do good things with bad legislation," said Rep. Richard Morthland, a tea party conservative. "And an unfunded mandate is bad legislation."

Morthland added that state lawmakers should leave education reform to individual school districts, which he considers better equipped to respond to the needs of students.

Merryn and her supporters hope the public fervor sparked by the string of recent sex abuse scandals overwhelms any opposition to the bill. But with national attention already fading, they know that passing it isn't going to get any easier.

Danny Langloss, Dixon police chief and chairman of the "Erin's Law" task force, says Illinois could become an example for the rest of the county to follow. His hope is Merryn's mission — to pass "Erin's Law" in every state.

"The importance of Penn State is that it helped raise awareness," Langloss said. "It has given this issue some incredible momentum."