The energy that flows from authoritarianism is designed to amass and maintain power and domination, to control people's lives..... 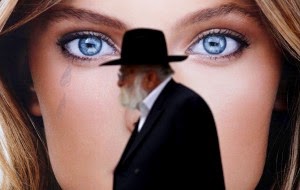 Authority or Authoritarianism*Dynamics of Power in the Contemporary Orthodox Rabbinate

"Nearly all men can stand adversity, but if you want to test a man's character, give him power." -Abraham Lincoln
Differentiating between legitimate and abusive uses of power and authority by rabbis and (other Jewish leaders) has been a concern for the Jewish community ever since the advent of Rabbinic Judaism following the destruction of the second temple. The great rabbinic authorities of the Mishna and Talmud were aware of the potential for abuse of power, and even while establishing their authority, they established ways of limiting this authority, for example, the traditions of debate and of the (respectful) acknowledgement and careful setting down of minority opinions. Even those whose views or behavior were considered heretical were not written out of our tradition. Despite, or perhaps because of, the need to govern the Jewish people without the usual political and military tools, discourse was privileged over dictatorship. Despite, or perhaps because the Jewish people lived as a minority among powerful others, Jewish tradition emphasized restraint in the exercise of power, and developed narrow legal rulings that were sensitive to local and even individual conditions.
Today, however, most rabbinic institutions actually oppose presenting or examining the merits of points of view other than their own. In place of careful consideration of the merits of different opinions before offering a halakhic ruling, these points of view are ignored, ridiculed, or besmirched, and their owners are vilified as evil enemies of Torah. Instead of seeking to understand the social, religious, and economic realities of specific communities, they presume to know what is best for everyone without bothering to consult them. Our knowledge and experience as psychologists (one clinical, one organizational) leads us to assert that the growth of rabbinical authoritarianism, the abuse of rabbinic power, and other pressures for conformity-not the voices they are attempting to censor-are the biggest threats to the future of Judaism and to the nature of the Jewish State.
As psychologists and as halakhic Jews, we believe that the legitimate exercise of authority is a positive force in both individual and communal spheres. We point out that the root of the word authority comes from the Latin augere-to create, to enlarge, and to make grow. Authority shares its root with the words "augment" and "author," words that speak of growth and creativity. In a relationship of authority there is a source of creative energy, a recipient of that energy, and finally, what is created or achieved. Fundamentally, authority is generative. You can see its dynamic at work in a variety of positive human relationships-with a parent, a teacher, a doctor, a community leader-in which someone outside of ourselves helped us to achieve some good outside of ourselves. Authority is distinguished by the fact that the energy that flows from it-which specifies the rights and responsibilities in relationship to it-is not for itself. The energy that flows from authority is transformed through the process of its transmission into growth in others.
Rabbi Elazar ben Azariah, a second-century C.E. talmudic leader, is a Jewish example of leadership by authority. When he took over from Rabban Gamliel, he cancelled the latter's policy that restricted attendance at the Bet Midrash to only the most elite students. Rabbi Elazar ben Azariah opened up the Bet Midrash, added hundreds of benches, a policy that won talmudic approval. The Talmud notes that on the day that the Bet Midrash was opened to the masses, the most difficult problems were solved.
Rabbi Joseph Soloveitchik, perhaps the quintessential Modern Orthodox rabbinic authority, was opposed to authoritarianism and its use of coercion to enforce adherence to mitzvoth. (See Thinking Aloud by Rabbi David Holzer, for specific examples.) How much more strongly would he have opposed the use of coercive measures to produce the extra-halakhic conformity that has now become the norm for acceptance as a "truly" Orthodox Jew?
Authoritarianism is entirely different from authority: Authoritarianism is about power. Authoritarianism serves the few who want to dominate the many. In contrast to the growth-enhancing dynamic of authority, authoritarianism is aimed at reducing freedom by imposing conformity and restricting individual development. Authoritarianism is a repressive force whose tactics include coercion, force, manipulation, exclusion, and humiliation. The energy that flows from authoritarianism is designed to amass and maintain power and domination, to control people's lives.....

Renee Garfinkel is a practicing clinical psychologist in Washington, DC. She is affiliated with George Washington University's Institute for Crisis, Disaster and Risk Management, and co-hosts a radio program, Danger Zone, broadcast on Sirius, XM, and British Sky radio. Danger Zone can also be heard on the web at www.dangerzone.org.uk. Hannah Rothstein is the coordinator of the doctoral specialization in Organizational Behavior at Baruch College and the Graduate Center of the City University of New York. She specializes in evidence-based professional practice and policy making. This article will appear in issue 7 of Conversations, the journal of the Institute for Jewish Ideas and Ideals, May 2010.