We must make sure that such a person will never again be in a position to repeat such offenses. It is therefore not enough to fire the perpetrator from his (or her) work place: it is both the organization’s and society’s duty to make sure that the crimes are known and punished.... 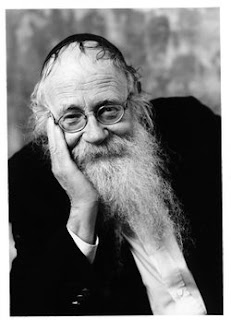 Just after the giving of the Law at Sinai, the Torah presents us with an assortment of laws, some criminal, some civil and some purely religious.

The civil laws in our Torah portion this week, Mishpatim, regulate how we act with one another.

They must have been of immediate, practical use, even in the desert; they dealt with slavery, mayhem, and stealing, among other sins. Even more basic are the foundational principals of justice – some explicit and some implicit, but clear in their meaning. The Torah is clear about equality. No one is above the law. Individuals of all stations in life and society must be treated equally. It does not matter if they are of high rank or not. It is of no concern whether they are men, women or small children: the law is equal to all of them.

These laws are as relevant today as they were in ancient times. Mishpatim makes clear, for example, that Judaism abhors the abuse of children.

As the Torah well understands, child molestation is an ancient vice. It has become much more widely discussed because of several recent scandals, mostly in religious institutions.

There are some objective reasons why such things happen quite often in religious institutions.

Children are taught and trained to be obedient and to accept their elders as authorities – which makes it so much more difficult for them to resist abuse or to report it. Unfortunately there is no sex education in some of the schools; nor is the subject discussed in some homes. So when something like this happens, it takes time for a child to understand it and even more than that – to talk about it.

Child molestation almost always causes enormous, multi-level damage to the victim's soul: it may make the victim unable to form healthy relationships. They may lose trust in people, because the molesters are often those who were supposed to be their caretakers and protectors.

It should also be stressed over and over again that this crime of child molestation is not just a civil offense: it is also a very severe religious crime. Under Jewish law, it may even deserve capital punishment. Offenders may also be liable for the most severe punishment of karet (untimely death by the hands of the Almighty).

It is important to say all that because there is a tendency to cover up such incidents, especially in institutions, and sometimes even to protect the perpetrators. Partly this is so because those in charge are often more in touch with the molester – who may be a colleague or a friend – than with the children. This is especially the case since children hardly ever express their hurt. And, of course, institutions do not want their reputations to be harmed.

The first and foremost duty of any educational institution, and the prime responsibility of its heads and leaders, is to be rid of anyone who causes such great harm. Good reputation or personal friendships must by no means stand in the way of investigation and clean-up.

We must make sure that such a person will never again be in a position to repeat such offenses. It is therefore not enough to fire the perpetrator from his (or her) work place: it is both the organization’s and society’s duty to make sure that the crimes are known and punished.

As Mishpatim reminds us, no one is above the law.  Child molestation is not a local problem; seemingly, it has been with us for millennia. Our duty is to diminish, even eradicate, this evil as much as humanly possible.

Rabbi Steinsaltz, who lives in Jerusalem, is a teacher, philosopher and author who has translated the Talmud into Hebrew and English.