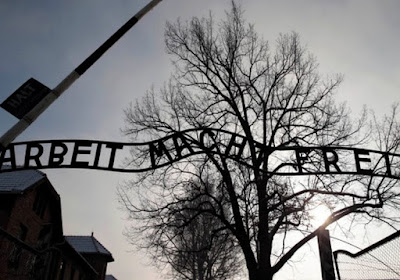 A senior haredi rabbi has suggested at a conference for high school principals held in Bnei Brak that higher education for women constitutes a more severe blow to the haredi world than the Holocaust.

“The furnaces of this generation are burning more than the furnaces of Auschwitz, more than the cellars of the inquisition with all their tortures, these are spiritual furnaces,” Rabbi Aviezer Peletz was quoted by the Kikar Hashabbat news website as having said at the conference held on Wednesday.

The remarks were reported amid a growing furor in the haredi world over Education Ministry efforts to prevent discrimination against teenage girls in high schools.

Haredi activists close to the United Torah Judaism party are pressing to cancel a unit set up by a previous minister to try and stop a quota system used to limit admissions of Sephardic young women to haredi secondary schools.

Anti-discrimination activists have for many years accused these schools of setting a quota of 25 to 35 percent for the number of these young women these haredi schools will accept each year.

In the last two years, the ministry, led by the director of the Haredi Department, Meir Shimoni, won several significant battles on the issue, in Jerusalem and Elad, by threatening to cease funding for schools that rejected local government requests to accept Sephardi girls as pupils.

The activists are now concerned that an unsuitable UTJ loyalist will be hired to replace Shimoni, following heavy pressure by the Association of Seminars and principals on the rabbinic leadership to preserve the high schools’ independence regarding student admissions.

Last week, the Councils of Torah Sages for both Ashkenazi haredi political movements, Degel Hatorah and Agudat Yisrael, said they would cease cooperating with the Education Ministry until it stopped what they called its “interference” in the operation of the haredi high schools for girls.

In a statement the councils said that cooperation with ministry inspectors should be stopped, and ministry instructions ignored. “Male and female pupils who are not appropriate to the terms and regulations of the institution in spiritual terms should not be accepted and the interference of the authorities on this issue should not be allowed in any way,” the Councils’ statement said.

Earlier this week Shas MK and chairman of the Knesset Education Committee Yaakov Margi praised Shimoni and called for his tenure to be extended by two years.

Margi expressed concern that if a UTJ insider was brought in to replace Shimoni it would harm the cause of preventing discrimination.

“It is an absolute disgrace that people who were elected on a ticket of preventing discrimination are knowingly cooperating with it,” Laloum told The Jerusalem Post.

“Deri is busy making hollow statements and forgets that promises need to be kept.

Bennett has abandoned haredi education to the hands of his deputy [minister MK Meir Porush], the leader of racism, in my eyes.”

He thought that Margi was the only “bright light, and it’s a shame that he’s alone.”

Requests for comment from Bennett, Deri and Porush were declined.

Against this background, a series of senior rabbinic figures in the haredi world fiercely criticized the increasing numbers of haredi women entering higher education.

Rabbi Aharon Leib Shteinman, the most senior haredi rabbi in the Ashkenazi non-hassidic haredi world, was quoted by a close associate as saying that a man had asked him if he should let his daughter go to university.

Shteinman replied that to do so would be worse than stealing money since material goods may be recovered but the “spiritual damage” of permitting the young woman to achieve higher education could not be undone.

Zochovsky thought a woman needs to earn an income, but that if she were to “bring high and exaggerated salaries because of the college she learned in and because of other studies, this is dangerous, this is a danger to the entire framework of the home.”

Dr. Efraim Zuroff, Director of the Simon Wiesenthal Center’s Israel office and a Holocaust historian, denounced Peletz’s claim that the damage done could be seen as parallel to the Holocaust.

“The comparison of higher education for women with the horrors of the Holocaust and the Inquisition are an insult to our intelligence and an embarrassment for these prominent ultra-Orthodox rabbis,” Zuroff said.

“At a time when increasing numbers of haredi men and women are involved in getting an academic education, one can only wonder what prompted such a strange and obtuse comment.

“This is an inversion of the Holocaust. It is an insult to the victims of the Holocaust and the Inquisition and only proves the ignorance of those who made it,” Zuroff said.