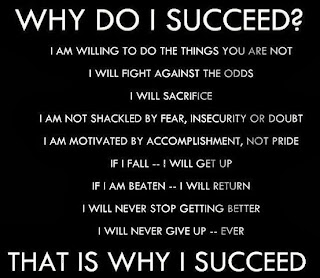 Posted by Paul Mendlowitz at Thursday, December 19, 2013 No comments:

Helbrans had founded a yeshiva in Monsey, New York, after serving a two-year prison term in the US for a 1994 kidnapping Related Topics
‘I can’t say that a parent has never hit a child on an arm or a leg, if a child got into a dangerous situation like playing with fire. But the accusations of abuse are complete lies,” Nachman Helbrans, son of Lev Tahor’s leader Rabbi Shlomo Helbrans, told The Times of Israel in a telephone interview this week.

The Lev Tahor group sprang to global media attention in mid-November when it undertook a mass flight from Quebec to Ontario.

Currently under investigation by Quebec and Ontario child services, the group denies all charges of child abuse and insists the move from Sainte-Agathe-des-Monts, in northern Quebec, to Chatham-Kent, Ontario, close to the US border, is due to differences in educational policies in the two province“We teach through love, not fear. Whereas other Haredi and Hasidic groups make new rulings and focus only on the minutiae of Jewish law, we take time to explain to our children the value of performing every mitzvah (commandment), what a privilege it is, how those who don’t observe commandments are to be pitied, how we are part of being the chosen nation. Of course we are also stricter than other Haredim about the minutiae of Jewish law.”

The founder of the sect, Israeli-born Shlomo Helbrans, was given refugee status in Canada in 2003 after claiming that as an anti-Zionist his life was in danger in Israel. Previously Helbrans had founded a yeshiva in Monsey, New York, after serving a two-year prison term in the US for a 1994 kidnapping. The sect moved to Quebec where the group swelled to some 45 families.
The group is accused by its opposition of numerous crimes, including child abuse, child marriage, and removing children from their families as punishment.
“The Quebec social services found very minor things, like a single dirty mattress. They did not find any evidence of abuse, none. They found a few minor issues and we are cooperating fully to fix them. The only reason we left was because of education,” Helbrans said.
The timing for the hasty flight, days before the child welfare hearing where a Quebec judge ordered the removal of 14 children to foster care, has generated speculation the sect was aware of the impending judgment. The group has since defied the foster care order and a hearing is set for December 23 to decide jurisdiction now that the children are in Ontario.
Two additional children, whose identities are protected by the Canadian Child and Welfare Services Act, were removed earlier this week, though quickly reunited with their families under terms that include mental health treatment for the parents, reports the Toronto Star.
“In Quebec, the social services can intervene to remove the children when they do not learn the required curriculum. But in Ontario, the social services have no jurisdiction over educational decisions,” said Helbrans. “We won’t teach evolution, which is against the Torah that states that God created the world. We are willing to increase the amount of secular education, and have ordered math books from Toronto to be translated into Yiddish.”
The sect is noted for its “Taliban-style” dress for its women and children. Helbrans said all of their religious practices, including their dress in which girls cover their hair and necks from a young age, are based on ancient Jewish tradition.
“Up until 250 years ago, Jewish communities dressed similarly around the world, including in Muslim countries,” said Helbrans.
In response to allegations of underage marriage, Helbrans said, “No children were married before the age of 16, in a private or public ceremony,” but in individual cases, parents from the group might have gone to Missouri, where marriage can be registered at age 15.
Against claims of malnourishment, Helbrans said the group is against genetically modified foods. “We don’t eat chicken or chicken eggs, as they are the result of genetic modification. We don’t consider it kosher, since the chicken’s genes could be mixed up with those of other animals. The rabbis didn’t discuss genetic modification in the Talmud.
“The children eat salad, beef, soup, some have beef every day.”
Helbrans insists that the case against Lev Tahor is pure anti-Semitism.
“The court attacked Jewish religious beliefs. It’s as bad as Communist Russia,” said Helbrans.
http://www.timesofisrael.com/child-abuse-allegations-are-lies-taliban-style-hasidic-sect-insists/
Posted by Paul Mendlowitz at Thursday, December 19, 2013 No comments: