The one and only Schwartzie z"l - Was Not Shy To Express Himself on Fraudulent Conversions! 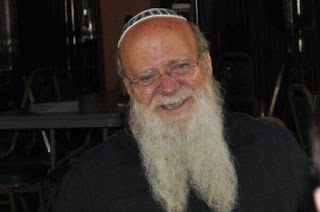 "Altho yr surname is [Katz] & U spk Yiddish, thts still does not make yr mother's NON Orthodox 'conversion' kosher [valid]," he wrote to her. "Tht means tht if U ever met a Jewish man who's family Rabbi was Orthodox or, who wanted 2 get married in Israel, U could NOT! ... I appreciate tht U were 'brought up' as a Jew (even tho yr father 'married' out of the faith ), but U may not come 2 any more Chai Center events.... We consider INTERMARRAIGE a grt tragedy for the Jewish ppl, even if the non Jewish person in the equation thinks & feels Jewish.... In the eyes of Al-mighty G*d, it's important 4 U NOT 2 date Jewish men. The result of which could, G-d forbid, end in grt tragedy, 4 both of U."

Shocked and pained, Katz wrote back to Schwartzie, reiterating her commitment to Judaism. In the escalating exchange, Schwartzie castigated Katz's late father for choosing to marry a non-Jew, and about Katz's recently deceased mother, he wrote: "She might have been agrt mother, but as a 'Jewish' mother she was a miserable failure! In truth she really was not a FAILURE as a Jew; since, in the eyes of G-d (where it COUNTS) she wasn't!"

Rabbi Shlomo Schwartz (Schwartzie), a Lubavitcher known for his colorful and unconventional approach to outreach in Los Angeles, passed away.

Rabbi Shlomo Schwartz, a veteran activist of Jewish outreach whose circle of influence expanded well beyond his California base, passed away on Wednesday, 12 Shvat 5777.

He was 71 and has battled multiple myeloma (Kahler's disease).

Schwartzie, as he was known, was born in Atlantic City, NJ, the son of a conservative cantor, who had fled Vienna in 1939. Despite being a onetime bongo-thumping Greenwich Village beatnik, he was drawn to Judaism's mystical aspects.

At 19, he abandoned New York's Yeshiva University for Chabad's Yeshiva at the Rabbinical College of America in Morristown, NJ, where he studied Chassidus and drew inspiration from the Rebbe's teachings.

"I figured I could always hang out in the Village," he told the Los Angeles Times. "Studying with a rabbi seemed more difficult, so I decided to try that first. I wanted to leave in the beginning a few times, but I ultimately saw a future there."

At 23, married and with a child, he decided his calling was outreach, and the place in most need was Los Angeles. California's Head Shliach Rabbi Shlomo Cunin placed Schwartzie at Chabad House at University of California in Los Angeles (UCLA) in the Westwood district, the first such center in the world.

Over the next 13 years, Schwartzie became a highly visible campus figure, setting up his stand on the main student thoroughfare, next to the Moonies and Christian missionaries and reaching out to Jewish students.

Never shy from using unconventional methods, he wore T-shirts that read, "I survived Hebrew school," ran prayer services in English, and organized mixers such as the "Coming Out Party for Closet Jewry" and annual Purim Party at the Comedy Store.

"Humor is the medium that dispels the misconception that Judaism is uptight and serious, retrospective and Holocaust-oriented," he said, adding that he "could identify nine out of 10 students as Jews just by their looks. The other one was either Armenian or Italian."

For many Sundays, he set up a folding table at Venice Beach boardwalk and affixed a prominent "Jewish Astrology!" placard, thereby meeting and changing the lives of thousands of Jewish people.
He later founded and directed the Chai Center, a nonprofit organization he ran with his wife, Olivia, and their 12 children from their Mar Vista home.

The rabbi's impact is not just recognized in the local observant Jewish communities, but also in the entertainment industry, the Los Angeles Times reported in 1997.

A master storyteller and inspirational speaker, it was not uncommon for him to make "office calls" in Century City to lead lunchtime Torah classes for lawyers and Hollywood executives.

His supporters noted his unorthodox approach, based on the premise that if Jews, especially the younger generation, won't go to synagogues or join Jewish organizations, then he has to go where they normally gather, or provide a setting in which they feel comfortable.

"I've been called a Reform Chassid and God's court jester, but whatever the label, I do believe that to bring Jews back into the fold one must serve G-d with joy," he once said.

Rabbi Schwartzie has lectured at Chabad centers and Jewish communities throughout the United States as well as Canada and Israel. 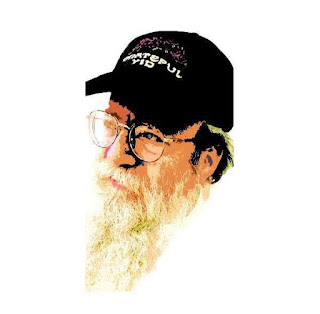