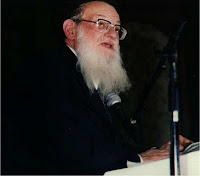 Penn State, Second Mile Not the First to be Embroiled in a Sex Abuse Scandal
By Perry Chiaramonte
Published November 15, 2011


Allegations that former Penn State defensive football coach Jerry Sandusky sexually molested young boys and that university administrators did not adequately report the accusations against him have tarnished the once-shiny image of both Sandusky’s Second Mile charity and the university’s stellar Nittany Lions athletics program.

But it’s hardly the first time a charity group or sports organization has dealt with charges of sexual molestation.

“As much as the Penn State situation has shocked the nation, the more shocking fact is that the veil of secrecy is more commonplace than we probably realize,” said Justin Leto, a Miami-based civil trial attorney who has handled numerous sex abuse cases.

This month, Lon Harvey Kennard Sr., co-founder of the Utah-based nonprofit group Village of Hope, was sentenced to 15 years to life in prison after he pleaded guilty to 43 counts of sex abuse and exploitation.

Kennard, who started Village of Hope to help women and children in Third World villages, had been charged with molesting six Ethiopian children he had adopted. He was arrested last year after one of the children told police that she and one of her sisters had been abused between 1995 and 2002.

Another sexual predator is Douglas Perlitz, a Colorado man who founded a school for homeless children in Haiti. He was sent to prison last year when he was found guilty of abusing eight students.

Perlitz admitted to investigators that he committed illicit sexual conduct with students who attended his Project Pierre Toussaint School for Homeless Children in Cap-Haitien.

During Perlitz's trial, prosecutors said, he gave the children money, food, clothing and electronics equipment in an attempt to buy their silence, and that he threatened to take it all away and have them expelled if they told anyone what happened. Six of his victims were flown to Connecticut to testify at his trial in federal court.

The scandal led to the collapse of the school, forcing many of the students back into homelessness and despair on the streets of Haiti. Perlitz is serving a 20-year sentence.

Like the charities, Penn State’s football team is not the first sports program to be accused of covering up allegations of sexual abuse.

The Boston Red Sox faced a similar scandal in the early '70s and successfully kept the allegations from going public until 1991.

The team had a clubhouse manager, Donald Fitzpatrick, who during his 30 years with the team solicited sex from young boys he would hire to work during spring training.

Fitzpatrick’s accusers said it was common knowledge among the Red Sox that it was dangerous to have children around him, and one of his victims said players Jim Rice and Sammy Stewart warned the kids to steer clear of him.

In 1971, one of Fitzpatrick’s victims went to Red Sox management and blew the whistle on him, accusing him of being sexually inappropriate with many of the children in the clubhouse and at a hotel where the team stayed during spring training in Florida.

The Sox did not report the claims to authorities, and they fired the victims who came forward. Fitzpatrick suffered no penalties and was allowed to keep his job.

The claims did not resurface until 1991, when one of his accusers – sitting in the crowd at a nationally televised game between the Red Sox and Angels -- held up a sign that said, “Don Fitzgerald sexually abused me.” The Sox eventually paid the man a $100,000 settlement. In 2002, Fitzpatrick pleaded guilty to four counts of sexual battery on a child. In 2003, the team settled a $3.15 million lawsuit with seven victims in Florida.

“The thing these organizations all neglect to recognize is that eventually the truth will come out,” Leto said. “And when it does, the years they have spent protecting the predators and themselves will end in far greater consequences than if they would have done what is right from the start.

“The interest of the employer should never supersede the moral, ethical and legal obligation to ensure that no child is subject to this type of unthinkable abuse.”