You can’t take someone who has lived in isolation from the world around them, failed to get a basic education, maintains strict rules about things like segregation between the sexes and, and plunk him or her into lecture hall and then into a job. 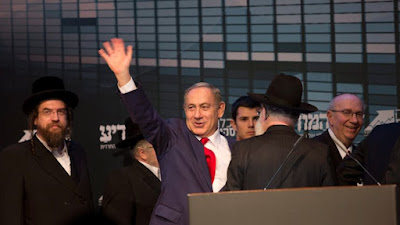 Netanyahu has rolled back crucial reforms aimed at making Haredim work, for his own short-term gain.

In the mind of Benjamin Netanyahu, the biggest long-term threat to Israel is Iran.

He’s wrong. The biggest threat is right here at home, and as prime minister, Netanyahu has irresponsibly let it grow for the sake of his short-term political interests.

Israel’s ultra-orthodox population is a drag on the economy even now, but as its share of the population grows it risks fundamentally undermining Israel’s foundations – and now reforms designed to boost the community, kicking and screaming, into the modern economy have been rolled back.

Haredim are unequipped to live in the modern world or contribute to Israeli society. They are undereducated, too few hold jobs, too many live in poverty, and only a tiny, disparaged minority serve in the army.

That was something the rest of Israel could tolerate when the ultra-Orthodox were a small community. But their population is growing fast: In 2009, they accounted for 10% of the population, but their share is forecast grow to as much as 21% in 2034 and 40% in 2059.

With these kind of ratios, it will be impossible for Israel to ensure a high standard of living, graduate enough engineers and scientists to keep the high-tech industry going or have enough soldiers to defend itself. We’ll have too few people working and paying taxes and too many getting state assistance.

Economists and policy makers know this – and not a few more savvy and forward-looking Haredim do, too. And in recent years, the government had instituted reforms designed to coax more ultra-Orthodox men to work, force Haredi schools to teach a core curriculum of math, science and English, and to draft Haredi men.

It isn't that the prime minister is opposed to these measures. He drove them, during his previous government.

But Netanyahu cares more about keeping the ultra-Orthodox parties in his coalition than the damage he is causing to the country and in his new government, has blithely allowed the reforms to be rolled back.

The fallout from these coalition calculations has come quickly.

This week Haaretz reported that the number of married full-time yeshiva students (avrechim) shot up 15% since the current government was formed.

The avrechim are the core problem population: these are men who do not work, serve in the army or obtain an education that will give them job skills.

Instead, they live off the taxpayers who are doing all these things.

After the cabinet voted another increase this week, the budget for yeshivas rose to a record 1.2 billion shekels ($330 million). That money has been supplemented by renewed allowances for avrechim, for whom the terms of getting other state aid have been eased. The government no longer requires any proof the recipient is looking for a job.

Meanwhile, the percentage of working-age ultra-Orthodox women actually holding jobs has stagnated after years of growth. The (much lower) rate of men working is still climbing, but it is starting to plateau.

The Haredi parties often express support for the idea of their constituents entering the job market. They say they want the government to employ affirmative action in the civil service, recognize yeshiva studies as the equivalent to secular studies and fund employment programs.

Don’t be fooled by this. The calls for affirmative action and education-equivalency are basically aimed at creating make-work jobs for people who aren’t qualified for them. It’s another form of state aid.

Likewise, it’s safe to assume the employment centers they advocate are mainly to create sinecures for the Haredim who run them and are no doubt affiliated with the ultra-Orthodox parties.

What Haredi leaders are not prepared to do is abandon the schnorrer economy they have relied for the last 30 years, or let the 21st century intrude on their education and lifestyle.

A carrot policy alone won’t work, as a costly government program to encourage Haredim to pursue a higher education shows. After five years and hundreds of millions of shekels, enrollments are well under target, dropout rates are high and graduates can’t find jobs.

The reason is obvious: You can’t take someone who has lived in isolation from the world around them, failed to get a basic education,  maintains strict rules about things like segregation between the sexes and, and plunk him or her into lecture hall and then into a job.

Israel has no choice but to use the stick of economics to force a change – policies that are exactly the opposite of what the government is doing right now.

When yeshiva budgets and allowances shrunk, more Haredim entered the job market because they had no choice.

They should shrink again, even if causes short-term suffering. In the long term, the fathers and mothers forced out into the labor market, who learn what it is like to be at the bottom rung of the job ladder, will do their best the ensure their sons and daughters get an education that will improve their prospects.