Satmar Officials Offer to Pay Israelis Not to Vote 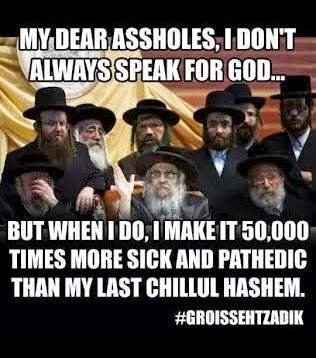 Anti-Zionist Hassidic sect has offered $100 to any Israeli who does not vote in upcoming March elections.

The anti-Zionist Satmar sect of Hassidic Judaism has offered to pay $100 to every Israeli who won't vote in the elections for the 20th Knesset on March 17, 2015, Walla! News reported.

According to senior Satmar officials, the intention is to prevent as many Israeli citizens from voting on election day as possible.

The distribution of the money is a part of the "Pure Shekel Project" - an official Satmar project that provides support to educational institutions in Israel who purposefully do not receive any government funding.

"The previous government proved their intentions to recruit yeshiva students to the army and change the study arrangements of hareidi institutions," Satmar's representative in Israel said.

"It's a shame that there are still hareidi parties who believe those politicians who destroy the religion."

This is not the first time that Satmar - which is actually comprised of two separate factions since the death of its previous Rebbe (Grand Rabbi) Rabbi Moshe Teitelbaum - has offered to distribute funds to those who do not participate in the elections.

Two years ago, in the elections for the 19th Knesset, Satmar representatives gave away money to whoever deposited his/her identification or driver's license on the day of elections - a move which would effectively prevent a person from voting.

Prior to the last elections Rabbi Zalman Leib (Yekutiel Yehuda) Teitelbaum - who heads one of the Satmar factions, based in New York's Williamsburg neighborhood - landed in Israel with some $25,000 to donate to institutions who boycotted the vote.

Following Satmar's announcement two years ago, the Hiddush organization sent a letter to Attorney General Yehuda Weinstein and Chairman of the Knesset Elections Committee, Judge Elyakim Rubinstein, asking them to examine the legality of the funds being offered by the Satmar leaders, claiming it qualified as election bribery.

Hiddush Vice President, Shahar Ilan, said that closer to the March 2015 elections, "the association will renew the request and demand practical steps."

This is not the first time the Satmar leadership has courted controversy for its radical anti-Zionist ideology.

During a eulogy for the victims of the Har Nof massacre, the other Satmar Rebbe - Rabbi Aaron Teitelbaum - placed the blame not at the Palestinian terrorists who killed them, but on Jews who ascend the Temple Mount (Judaism's holiest site - ed.) as the cause.

Rabbi Aaron Teitelbaum had previously caused outrage after reacting similarly to the brutal kidnap and murder of three Israeli teens during the summer - blaming their parents for sending them to a school in the Judea-Samaria region.