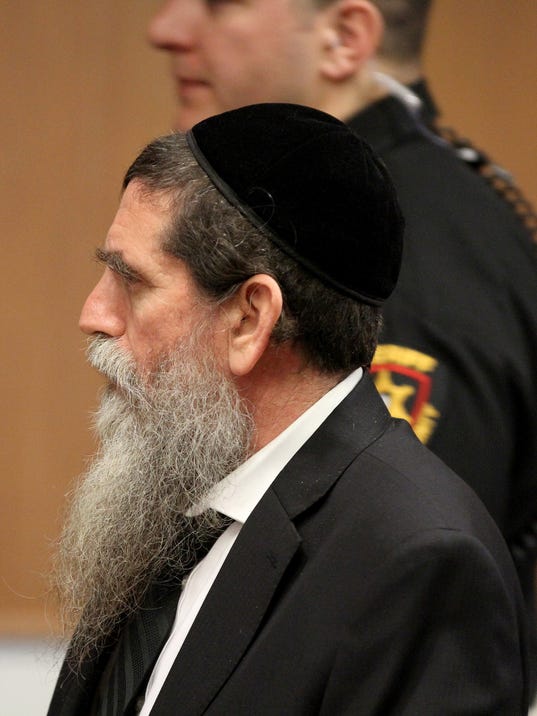 NEW BRUNSWICK The attorney for a rabbi charged with stealing $630,000 in public tuition funds through a Lakewood special-needs school says the evidence against Osher Eisemann was obtained from raids through overly broad search warrants and should be thrown out.

The state has until Sept. 8 to respond to the motion by Lee Vartan, Eisemann's attorney, to suppress evidence from the trove of electronic and paper documents recovered from raids at six locations. Middlesex County Superior Court Judge Benjamin Bucca says he'll conduct a hearing on the motion Sept. 29.

The raids took place in June 2016 at the School for Children with Hidden Intelligence -- better known by its acronym, SCHI (pronounced “shy”) -- as well as school offices, Eisemann's home, and the homes of an SCHI employee and two people who have business dealings with the school, according to new court documents.

Eisemann is the founder and director of SCHI, whose predominant enrollment is from Orthodox Jewish familes.

Nine months after the raids, Eisemann, 60, was charged in a four-count indictment. He has pleaded not guilty.

Are the people of Lakewood happy with the services the county government is delivering for their tax dollars? We are going to visit Lakewood to find out and do a "man in the street" interview with average residents and shop keepers to ask them about the state of the township and what they expect from Ocean County government in the years ahead. Lakewood, New Jersey. Thursday, August 3, 2017. David Gard /Correspondent  David Gard

The case is being heard in Middlesex County. Three of the districts that send children to SCHI are in the county: Highland Park, Edison and Monroe.


The charges against Eisemann include theft by unlawful taking, misapplication of government property, misconduct by a corporate official, and money laundering — all second-degree offenses that carry up to 10 years in prison and a fine of up to $150,000, state Attorney General Christopher Porrino has said.
The school's fundraising foundation, the nonprofit Services for Hidden Intelligence, LLC, was also named in the indictment under the same charges. Attorneys for the foundation have also entered a not guilty plea.

Eisemann has not been detained, pending the outcome of the indictments, Porrino spokesman Peter Aseltine said.

Eisemann plans to continue as director of SCHI but said he'd step down if he felt he was hurting the school, Vartan said.

More: Lakewood rabbi pleads not guilty to charges he stole from SCHI

Since the indictment, the Press reported that the SCHI overcharged Lakewood and other school districts by more than $340,000 in one year, according to a state audit of the 2011-12 school year. SCHI is appealing the findings. Audits in 2002 and 2012, found that the school did not conduct background checks on employees, as required by state law, and often uses public money to pay teachers in positions for which they aren't qualified.