The Internet is NOT the Problem! 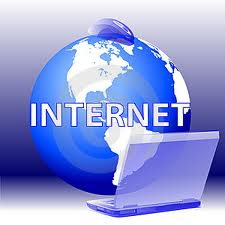 On Sunday, May 20th, 2012, thousands are expected to gather in Citi Field to rally against the perceived evils of the internet. Join us for a massive counter rally to bring awareness to a far bigger problem in the Frum (ultra-orthodox Jewish) community: keeping our children safe.

We are fed up with rabbinical leaders' dismissive attitude towards sexual and physical violence against children, inadequate educational systems and the shattering of families due to the religious choices of parents or children.

This is NOT an anti-religious protest. We are ultra-Orthodox, Modern Orthodox, Reform, Conservative, secular, male, female, young and old. This is not an ideological issue. This is not an issue only for “insiders.” When it comes to the safety of our children, we must be united and unabashed in our actions.

Nothing comes before the safety of our children! 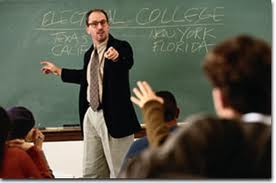 New York City on Monday issued its first guidelines for the use of social media in schools, stopping short of an outright ban but warning teachers to keep a bright line between personal and professional accounts.

"In an increasingly digital world, we seek to provide our students with the opportunities that multi-media learning can provide—which is why we should allow and encourage the appropriate and accepted use of these powerful resources," schools Chancellor Dennis Walcott said in an e-mail to principals.

The city in May will start providing training sessions for teachers and spotlight examples of the best uses of social media in classrooms. In laying down the guidelines, the department is trying to balance free-speech rights and the educational benefits of online learning with the dangers it sees in teachers and students getting too comfortable in less-traditional settings.

As the popularity of Facebook and Twitter has increased, so have the complaints about inappropriate student-teacher contact. The number of complaints received by the Special Commissioner of Investigation for schools that referenced Facebook leaped to 59 in 2010 from two in 2008, though they were not all substantiated.

After a series of arrests of education department employees on sexual-assault charges, Mr. Walcott spoke about how the department was reviewing its social-media policy and favored a total ban, but the department said the timing was unrelated. The guidelines have been in the works for about six months, department officials said.

Still, teachers have been disciplined for inappropriate comments, such as one who wrote that a student looked "sexy."

There aren't consequences for not abiding by the guidelines, as long as other department policies about appropriate conduct are followed, schools spokesman Matthew Mittenthal said.

"These are strong recommendations," he said.

Teachers will be told in no uncertain terms that their interactions with students online will be monitored. Employees "have no expectation of privacy" when using social media, the guidelines say. Principals or other supervisors are expected to keep a list of all school-related social media accounts, monitor them regularly and report any "questionable" behavior.

They're also asked to use common sense.

Some teachers have said they have flagged emotional or other problems with their students through what they've read on Facebook. Department officials said they understood that teachers care about the entire student and want to make sure they're doing well, but students need their own space and parents have made clear they aren't looking for co-parents.

Courtenaye Jackson-Chase, who will soon take over as the department's head lawyer, said city officials understand that teachers care about the entire student and want to make sure they're doing well, but students need their own space and parents have said "pretty loud and clear they're not looking for teachers to be co-parents."

Some teachers interviewed said the guidelines were fair.

"That all sounds reasonable to me," said Chris Casal, a computer teacher at Public School 10 in Brooklyn, who maintains an individual, professional Twitter account along with one for his school. "I'm not going to do something that's going to jeopardize the way people view me as an educator."

Mr. Casal said that because he works in an elementary school, he generally keeps in touch with parents more often than students. He said he feels Twitter has helped him stay at the top of his game by collecting and sharing links to relevant school news, resources and computer tips.

New York City, the largest school system in the country, is following a growing wave of districts that have implemented online guidelines, often in the wake of scandal.

Mr. Walcott said he wanted to make sure teachers didn't take the risk of saying something that could be misinterpreted.

Darrell M. West, a Brookings Institution vice president, said the new guidelines make it appear that the department is thinking only about the downsides of social media and protecting itself. "It sounds like best practices on how to avoid getting sued, as opposed to thinking about how to use social media to broaden the learning experience," he said. "We all know there has been bad behavior enabled by social media, but we shouldn't make policy based on extreme cases."

Department officials pointed to the upcoming training sessions as examples of how they were going beyond simply protecting themselves.

Richard Condon, the Special Commissioner of Investigation for schools, said what teachers were doing was more important than how they were doing it.

"I am not concerned with policy, I'm concerned with content," he said. "...If a teacher is dealing with a student through social media and it's within the bounds of the teacher-student relationship, and it's related to school and all that, I have no comment on that."