"Nobody Wants To Change Your Way Of Life" --- WORTH WATCHING!

A total of 14 women made allegations against Sheinberg to a special investigation team and police suspect that many other victims were afraid to come forward. The victims were all religious women who had come to the rabbi for advice or help on various issues including health....

Justice says 7.5-year prison sentence for Ezra Sheinberg is ‘too light for my taste,’ suggests he should have been jailed for ‘no less than 10 years’ 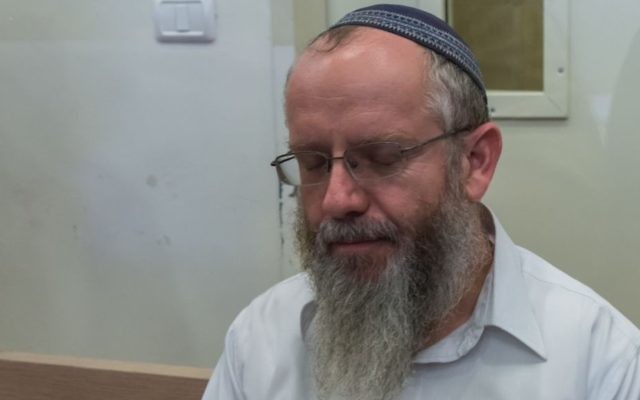 Rabbi Ezra Sheinberg is brought for a court hearing at the Kiryat Shmona Magistrate's Court
The Supreme Court on Thursday rejected the appeal of  a well-known rabbi and yeshiva head from the northern city of Safed for a reduction of his 7.5-year sentence for committing a slew of sexual crimes against eight women, including multiple counts of sexual assault.

Rabbi Ezra Sheinberg, 49, was convicted last July in Nazareth District Court as part of a plea deal over a series of crimes committed against women who came to him for advice and counseling.

Rebuffing the appeal to cut his sentence on Thursday, two justices also criticized the plea deal reached between prosecutors and Sheinberg, opining that the community leader should have been dealt a harsher jail sentence to match the severity of the crimes, the details of which remain under a gag order.

“I will add, that because of the plea deal reached between the sides, the petitioner has received a light sentence (too light for my taste, as I will elaborate forthwith) and that without a plea bargain, it would have been appropriate to place him behind bars for a longer period, no less than 10 years,” wrote Justice Alex Stein.

Upon his sentencing in February, the specific charges of Sheinberg were not publicized by the court. The criminal proceedings were under a gag order preventing publication of any details of the incidents due to the “egregious nature” of the crimes and to protect the privacy of the victims. The details were again redacted from the Supreme Court decision on Thursday, which cited the gag order.

The prosecution had initially demanded that the former head of the Orot HaAri yeshiva receive a minimum of nine years in jail sentence after his conviction. But the defense provided “significant proofs which helped discredit some of the accusations,” according to a Justice Ministry statement in February, prompting both sides to accept the plea bargain after several charges of rape were dropped. 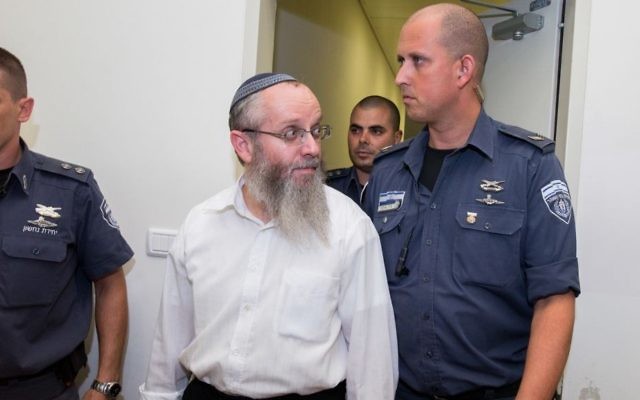 Rabbi Ezra Sheinberg, suspected of sexual abuse against several women, is seen at the courtroom of the Kiryat Shmona Magistrates
A total of 14 women made allegations against Sheinberg to a special investigation team and police suspect that many other victims were afraid to come forward. The victims were all religious women who had come to the rabbi for advice or help on various issues including health.

Sheinberg had been a popular kabbalist and respected figure in Israel’s national-religious community and author of several books of Torah ideas.

He was arrested on July 1, 2015, as he attempted to flee the country as allegations against him emerged. He has been in prison since that time.

According to prosecutors at the time, Sheinberg used his position of prominence and reputation as a powerful mystic to lure in and take advantage of women who came to him for religious counsel and blessings for fertility when they struggled to conceive.

They alleged that the victims shared a number of characteristics: they were young religious women whose husbands, in most cases, were Sheinberg’s students at the seminary.

Part of his modus operandi involved convincing the victims that only he could provide a solution to their problems, through a treatment he dubbed “relaxation.”

During those sessions, Sheinberg fraudulently obtained his victims’ consent to commit sexual acts, prosecutors said, adding that the defendant used innocent young women who trusted him as a tool to satisfy his sexual desires.

Some of the women had originally approached a rabbinic council with the allegations. A team of local rabbis, led by Safed Chief Rabbi Shmuel Eliyahu, began investigating the accusations in mid-June 2015, and later reported them to the police.

Sheinberg’s wife told Eliyahu that she knew her husband had sex with the women, but that the sex was part of their therapy.

Posted by Paul Mendlowitz at Monday, December 10, 2018 No comments: