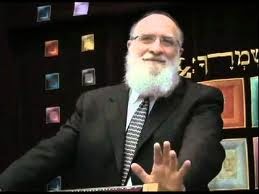 UOJ:
I want To bring to your attention. Rabbi Dovid --adulterer womanizer rasha merusha-- Weinberger who is a son in law of Rav Nissin Alpert who was a son in law of Rav Chaim Pinchas Sheinberg has relocated to Israel - 12 Shaulzon street - Har Nof Jerusalem after being thrown out of the Five Towns for sexually abusing and manipulating married woman that he counselled and high school girls that he taught for over 20 yrs.  I am sure that with the Sheinberg proteczia he will try and continue to get back into his old ways. Please alert everyone to beware.  He is a very charismatic and a learned rasha.


I urge my Israeli colleagues to be on the alert for any attempt by Weinberger to break his pledgeof December, 2013:
I Rabbi Dovid Weinberger, formerly the Rabbi of Cong. Shaarei Tefilla (sic) of Lawrence, NY, do hereby acknowledge that I will retire from the Rabbinate effective immediately, and will never again serve in the capacity of Rov or Rabbi of any congregation or community, nor will I ever again be involved as a mechanech [teacher] in any venue of Chinuch [education].
I know he made a promise, but going to Israel is just one of the ways in which disgraced individuals give themselves a new shot at their old misdeeds.Important rabbis in America are willing to exert themselves if he should break that pledge and attempt to reenter the rabbinate in any role, particularly one which gives him access to girls and young women. Please contact me if you become aware of any such attempt on his part.
As Shalom Auslander wrote about Rabbi George Finkelstein, YU’s notorious HS principal and serial molester, after he was forced out of his American jobs:


Three weeks ago, thanks to the reporting of the Forward, I found out what happened to George: He’d fled, like so many other Jews who find themselves under a cloud of suspicion, to Israel. … It’s no surprise that NAMBLA is changing its slogan to “Next Year in Jerusalem.” …  I’m certain this is not what God had in mind for his Promised Land. “And you will reach the land that I promised you, and you will settle there, and you will bring with you there all your perverts and all your molesters, and all your murderers and all your embezzlers, and all your tax cheats and all your white-collar criminals, to live in freedom from all charges and fines and legal authorities that pursue them, and you will be for me a less-than-great nation with questionable ethics and perverted morals (“Curious George Finkelstein,” Tablet Magazine, Jan. 15,
Posted by Paul Mendlowitz at Friday, June 27, 2014