...Just Another Day in the Catholic Neighborhood.... "I Sneak into Your House In The Middle of the Night" 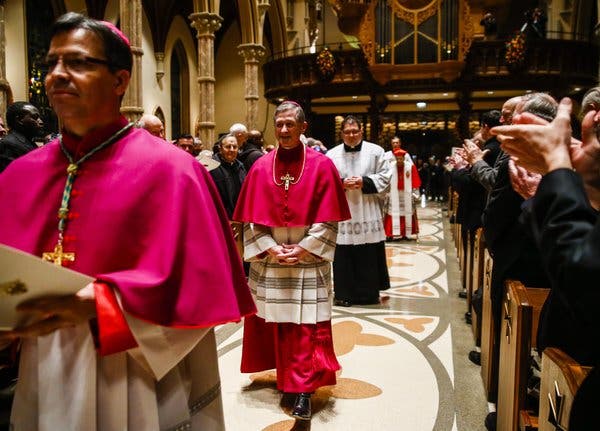 Cardinal Blase J. Cupich, center, the archbishop of Chicago. “I want to express again the profound regret of the whole church for our failures to address the scourge of clerical sexual abuse,” he said in a statement

The Catholic Church in Illinois withheld the names of at least 500 priests accused of sexual abuse of minors, the state’s attorney general said Wednesday in a scathing report that accused the church of failing victims by neglecting to investigate their allegations.

The preliminary report by Attorney General Lisa Madigan concludes that the Catholic dioceses in Illinois are incapable of investigating themselves and “will not resolve the clergy sexual abuse crisis on their own.”

Cardinal Blase J. Cupich, the archbishop of Chicago, said in a statement, “I want to express again the profound regret of the whole church for our failures to address the scourge of clerical sexual abuse.

“It is the courage of victim-survivors that has shed purifying light on this dark chapter in church history.”

Ms. Madigan, a Democrat who served four terms as Illinois’ attorney general and is the daughter of the state’s powerful and longtime speaker of the House, is days away from leaving office. She chose not to run again.

Kwame Raoul, a fellow Democrat who will replace Ms. Madigan in January, said he was committed to continuing the investigation Ms. Madigan had begun. He said he would work closely with prosecutors around the state on the issue.

“Today’s news demonstrates the need for ongoing diligence in investigating crimes against children taking place within institutions that do not have a history of unilateral, proactive transparency,” he said in a statement, in which he praised Ms. Madigan for initiating the investigation.