"Reb Shraga Feivel lived in fear of any trace of chillul Hashem"! 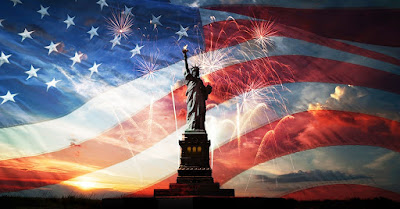 "...Reb Shraga Feivel lived in fear of any trace of chillul Hashem, often saying that it would be better to close the Mesivta than for there to be a trace of chillul Hashem associated with it. During World War II, he forbade the talmidim from walking in large groups to Tashlich for fear that the sight of a large number of Orthodox boys not serving in the army, when so many families had sons serving overseas or who had been killed, would create animosity toward Orthodox Jews. For the same reason, he flew the American flag in Monsey"....
Rabbi Shmuel Mendlowitz

Reb Shraga Feivel was a great American patriot, boys that didn't take learning seriously, he pushed them to go to work or to start a business. The Mesivta, and Bais Medrash Elyon in Monsey, were not hangouts for boys to evade the draft.

He hung the American flag not only at his house on Main St., but at Bais Medrash Elyon, out of love and respect for America, and G-D forbid that the umas haolam would think Jews were not true patriots.

In Monsey in the 1940s, Reb Shraga Feivel was "Orthodox Judaism".


There was a clergy deferment (4D) that Reb Shraga Feivel used only for the his best and brightest that he believed would go on to be rabbis and/or remain in chinuch.

At the time, YTV and YU were two of the Orthodox yeshivas that had their boys serve as chaplains.