To those Jews planning to vote for Obama 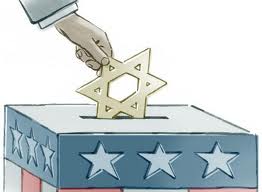 Are you prepared to explain to your children not the principles upon which your vote is cast, but its probable effects upon them?

Irrespective of your endorsement of liberal sentiments, of fairness and “more equal distribution,” will you explain to your children that top-down economic policies will increasingly limit their ability to find challenging and well-paid work, and that the diminution in employment and income will decrease their opportunity to marry and raise children?

Will you explain (as you have observed) that a large part of their incomes will be used to fund programs that they may find immoral, wasteful and/or indeed absurd? And that the bulk of their taxes go to no programs at all, but merely service the debt you entailed on them?

Will you tell your children that a liberal government will increasingly marginalize, dismiss and weaken the support for and the safety of the Jewish state?

Will you tell them that, in a state-run economy, hard work may still be applauded, but that it will no longer be rewarded?

Will you explain that whatever their personal beliefs, tax-funded institutions will require them to imbibe and repeat the slogans of the left, and that, should they differ, they cannot have a career in education, medicine or television unless they keep their mouths shut?

Will you explain to them that it is impossible to make a budget, and that the basic arithmetic we all use at the kitchen table is not practiced at the federal and state level, and to suggest that it should be is “selfishness?”

Most importantly, will you teach them never to question the pronouncements of those in power, for to do so is to risk ostracism?

Are you prepared to sit your children down and talk them through your vote on the future you are choosing for them?

Please remember that we have the secret ballot and, should you, on reflection, vote in secret for a candidate you would not endorse in public, you will not be alone.

My friend David Mamet is a Pulitzer Prize-winning and Tony- and Oscar-nominated playwright, essayist, screenwriter and film director. His latest book is “The Secret Knowledge: On the Dismantling of American Culture” (Sentinel). 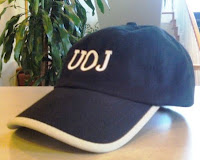 Posted by Paul Mendlowitz at Tuesday, November 06, 2012 No comments: