How can herpes simplex spread to an infant?

HSV can  be spread to the baby if he or she is kissed by someone with an active cold sore.

In rare instances, HSV may be spread by touch, if someone touches an active cold sore and then immediately touches the baby.

How can herpes harm a baby?

HSV can cause neonatal herpes, a rare but life-threatening disease. Neonatal herpes can cause eye or throat infections, damage to the central nervous system, mental retardation, or death. Medication may help prevent or reduce lasting damage if it is given early.......

Summary: A British scientist, Dr. Ruth Itzhaki, has shown that the combination of latent Herpes Simplex Virus Type 1 (HSV1) in the brain and the type 4 form of the APOE gene could account for 60 percent of all cases of late onset Alzheimer’s disease. Almost all elderly brains are infected with HSV1, which often causes no symptoms. Dr. Itzhaki’s lab found the virus in areas of the brain most damaged by Alzheimer’s, and has data relating HSV1 to plaques and tangles.....

For almost twenty years, Dr. Ruth Itzhaki, Professor of Molecular Neurobiology at the University of Manchester in England, has been exploring possible links between viruses and Alzheimer’s. Viruses are tiny infectious particles that attach themselves to and penetrate cells, then use the capabilities of those cells to reproduce. They can cause diseases like colds, flu and AIDS, or they can just sit there, remaining dormant or latent for long periods of time. A latent virus can become active when triggered by stress, other infections or environmental factors.

For a virus to contribute to the development of Alzheimer’s, Dr. Itzhaki reasoned, it would have to be very common in humans. And because Alzheimer’s appears to develop over a long period of time, it would make sense to look for a virus that has long periods of latency, but could periodically be reactivated and cause damage.

One family of viruses fits her criteria: herpes. There are over 100 types of herpes, of which eight infect humans, causing diseases ranging from chickenpox and shingles to cold sores and mononucleosis. Most people have some type of herpes, even though they may have no symptoms.

When Dr. Itzhaki and her colleagues examined the brains of older people, they found signs of latent Herpes Simplex Virus Type 1 (HSV1) in the areas most affected by Alzheimer’s. Traces of the virus were present in both Alzheimer’s and non-Alzheimer’s brains. Because HSV1 is not prevalent in the brains of younger people, the researchers hypothesize that the virus infects the brain in older age (or in infants - where they have extremely weak immune systems), as the immune system declines.

HSV1 is especially common in humans. The virus, which can be transmitted via skin contact and saliva, infects approximately 58% of people between the ages of 14 to 49, and in older people, almost everyone. Often, there are no symptoms. 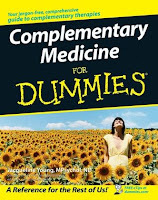 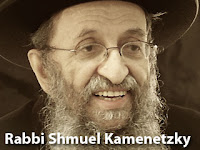