Yeshiva followed a near textbook proper response. Administrators immediately removed the accused rabbi from the school, contacted ChildLine (the state’s hotline for reporting child abuse), and cooperated fully with law enforcement. Yeshiva communicated with parents after consulting law enforcement and held a meeting with the broader school community. Yeshiva prepared for the worst by having its staff fully trained on child abuse prevention, recognition and reporting. Quite simply, Yeshiva chose to put the care and protection of its students above its own convenience as an institution.

Yeshiva story offers a glimmer of hope in Pennsylvania 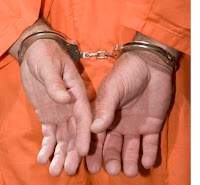 I have long heard that as people age the shock factor decreases and very little about human behavior is surprising. That was not my experience as I heard Milo Yiannopoulos’ comments seemingly advocating for sex between young teens and adults. I am uncertain if he should be considered a fool or a misguided idiot in asserting the notion that adults who have sexual relations with children under 18 are somehow helping them “experiment with their sexuality” and that the sex was “consensual.” The only thing that brought my blood pressure down into normal range was reading and hearing the outrage expressed around the country. That, and the fact that he lost his job too.

In fact, Milo’s assertion is a gross affront to any moral and legal interpretation of children’s rights. Teresa Huizar, executive director of the National Children’s Alliance, wrote brilliantly about the Milo controversy, “Fascinating as it is to recount Milo’s many other transgressions, his gut-churning comments about child sexual abuse reveal a vile and all-too-common myth: that children can somehow consent to sex with adults. They can’t. Full stop.”

Remember it and repeat it if ever you hear another person suggest that children can consent to sex with adults. You can add it to the list of things children under 18 cannot do. They cannot vote. They cannot purchase tobacco products. They cannot consume alcohol.

They cannot consent to sex with an adult. Full stop!

The sexual abuse of children — and that is exactly what it is — is a major black eye for the state of Pennsylvania. When you consider Jerry Sandusky’s serial sexual predation of children, the multiple ongoing grand jury investigations into child sexual abuse in the Catholic dioceses around the state, and the daily news reports of allegations of institutional sexual abuse in our schools and other organizations, Pennsylvania has rightfully been termed by some observers as Ground Zero — an epicenter — for the sexual exploitation and abuse of children.

Sexual abuse was involved in 47 percent of all substantiated reports of child abuse in the 2015 Annual Child Protective Services Report published by the Pennsylvania Department of Human Services. Let’s be clear about this: These 1,960 children were not building their résumé of sexual experiences. They were being abused by adults who certainly should have known better.

These adults were perpetrators and should feel the full force of our state’s law. And these children were victims and deserved better. They deserved to be safe and cared for in the communities in which they lived, went to school and played.

Almost immediately after hearing about Milo’s very bad day, I read an equally impactful article in this newspaper. I was not half way through the article when I decided to be a huge fan of the effort that went into the story behind Yeshiva Boys School of Pittsburgh’s firing of a teacher suspected of sexual abusing children. Rather than sensationalize the situation for news circulation, the story told the facts about what the school had done as soon as it learned of the abuse from a member of the community who saw the teacher “touching a child inappropriately” in the school library.

Yeshiva followed a near textbook proper response. Administrators immediately removed the accused rabbi from the school, contacted ChildLine (the state’s hotline for reporting child abuse), and cooperated fully with law enforcement. Yeshiva communicated with parents after consulting law enforcement and held a meeting with the broader school community. Yeshiva prepared for the worst by having its staff fully trained on child abuse prevention, recognition and reporting. Quite simply, Yeshiva chose to put the care and protection of its students above its own convenience as an institution.

How different the current battle in Pennsylvania around the elimination of the statute of limitations for child sexual abuse victims might look if other organizations and institutions had been so honorable. Kudos to Yeshiva and this paper for reminding us all there must be zero tolerance for the abuse of children; that community members have a critical role to play in child protection; and that there really are institutions that do the right thing for children.

Let’s each do our part to make sure there are more stories where folks knew what to do to best protect children, and did just that.

Read more: The Jewish Chronicle - Yeshiva story offers a glimmer of hope in Pennsylvania
Posted by Paul Mendlowitz at Friday, March 10, 2017 No comments: