Just How Dumb & Crazy Does It Get? The ‘top doctor from Oklahoma’ said that doctors are all bought out by the pharmaceutical companies. To which Dr Wertzberger replied ‘ how much did you get paid to come here!? 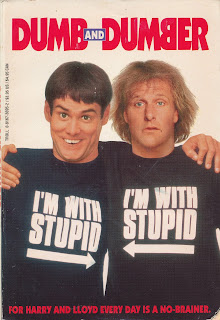 There was a two hour heated debate at the home of the Satmar Rebbe of Kiryas Yoel, on the topic of vaccinations. R’ Elya Ber Wachtfogel was in attendance as well. R’ Elya Ber is reportedly an Anti-vaxxer.

The anti-vaxxers brought a physician from Oklohoma, who made four points.
The pro-vaxxers had Dr Wertzberger & another doctor (some Hatzolah member were there as well).

When the Oklahoma physician said the Torah doesn’t allow it, the Rebbe said ‘leave the Torah out’ just stick to medical facts. After several questions, they realized this ‘top doctor from Oklahoma’ never dealt with Kids. He was not a pediatrician.

Dr. Wertzberger said he was a pediatrician and has been seeing children for 30+ years and vaccinated over 10,000 children. He said of course vaccinations are a good thing etc. and he has the stats from his own patients to show it.

The ‘top doctor from Oklahoma’ said that doctors are all bought out by the pharmaceutical companies. To which Dr Wertzberger replied ‘ how much did you get paid to come here!?

During the exchange, some anti-vaxxers in the room started screaming that kids die from vaccines.

R' Aron knows it's a life or death matter and he is no fool.

I am shocked at R' Elya Ber however that someone as brilliant as him is supporting this nonsense. What does he do about all the gedolei Eretz Yisroel coming out forcefully against his position?

I think R' Aron is being rhetorical about anti-vaxx mosdos. The anti-vaxx sickos are pathological liars. They will selfishly want to attend only the yeshivos they deem the best & then utter any & all lies to accomplish it.

Don't forget that the moronic family in Passaic that caused R' Heshy Hirth to shut down one of the biggest school systems in America were lying to cover up that they were spreading the measles.