The Dangers Of Orthodox Jews Becoming Too Tolerant.... 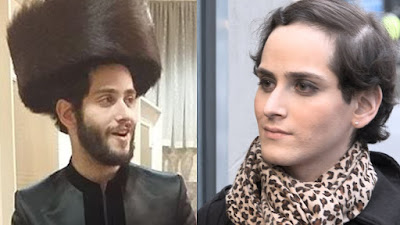 Two years ago, Allan Josephson, a psychiatrist at the University of Louisville, participated in a panel at the Heritage Foundation, a conservative think-tank, where he criticized the emerging consensus that children who feel themselves to belong to the opposite sex should receive psychological and medical treatment based on “gender affirmation”: that is, they should be treated as members of the sex to which they wish to belong and receive hormonal and eventually surgical interventions. Josephson was thereafter demoted by the university and eventually removed from the position he had held for over fifteen years. In an interview with Madeleine Kearns, he explains:


I had built [the university’s child- and adolescent-psychiatry program] up from a few people to probably fifteen and we had a clinic of almost 30. [After word of the panel got out], I was banned from faculty meetings. I was banned from certain kinds of interactions with staff and told what I could and couldn’t say to people. . . .
I’ve spoken with colleagues on various campuses who have been in similar situations, and someone will come into their offices, close the door, and say something to the effect of, “You know, I really agree with you, but for various reasons I can’t speak out.” . . . But I can assure you since the Heritage Foundation [panel], I’ve had many supportive calls from parents of children experiencing gender dysphoria, etc.

As for the decision of the American Academy of Pediatrics to endorse “gender affirmation” for minors, Josephson sees this as a case of ideology trumping medical science:


It’s a political process. . . . [T]he way committees are formed [at such professional organizations], various people who have various interests get on them. They do intense work, and sometimes very good work, but it often doesn’t meet the scrutiny of a scientific statement. An organization affirming a position is not necessarily science, but it is a group of people agreeing to say something. . . .
I saw parents and children being hurt by [gender affirmation]. These kids are, for the most part, very vulnerable people. You can see that when you spend time with them. Certainly, the teenagers have multiple problems. Most of the time, 60 or 70 percent of the time, [they suffer from] depression, anxiety, and/or substance abuse. . . . And parents are confused because they’re basically getting one message from medical and mental-health professionals, and that is “affirm people.”
One of the ways to diagnose transgenderism, according to the [official] lingo, is that if a child is “persistent, consistent, and insistent” in the demand that he or she belongs to a sex other than his or her biological sex, then [his or her claim] must be true. When I saw that, my knee-jerk response was, “Do these people have children?” Because in the process of raising children, they insistently, persistently, consistently demand lots of things that are not good for them, whether it’s turning off the computer, eating healthy food, or not staying up too late, and it’s the parents’ job then to guide them to say, “This is what you need to do to be healthy.”

“…Leftism is rooted in feelings, not reason or truth.
From Karl Marx to Bernie Sanders, Left-wing preference
for Socialism over Capitalism is entirely rooted in emotion.

“But what do you expect from the Left?
They are all about their agendas.

Even if it means distorting the truth
through ignorance (willful or otherwise)
by making inappropriate analogies.”

The Left Wing’s Accelerating
Assault on the Holocaust:

Mordechai Nisan [author of
The Crack-Up of the Israeli Left] said:

“It is good business to be a Leftist.

You get funded from foreign anti-Semites,
you get to travel around the world,
speak on distinguished panels,
enjoy extensive media coverage,
and receive praise from a variety of prominent
people and noteworthy organizations.

Fame, though short-lived, is an attractive
commodity, though tarnished by infamy forever.”

Yep, rabbi Yaakov Dov Bleich is alive and kicking!!! Amid the scandal – rabbi Bleich’s sexual and sensual adventurism – he shamelessly managed to “restore” the Choral Shul in the Ukrainian town of Drohobych and “dedicate” a Sefer Torah – TheYeshivaWorld.com/news/general/1753334/ukraine-shul-where-menachem-begin-got-married-gets-its-first-sefer-torah-since-world-war-ii-photos.html!

The money came from Putin’s comrade Viktor Vekselberg, a notorious Russian Mafioso oligarch, whose mother is not even Jewish, and who never even thought of becoming a halachic Jew! (“He has all the merits to be considered for the title of Honorary Citizen of this town,” asserted Bleich.)

Evil Bleich, you may think that you dedicated the Torah, but, instead, you desecrated, defiled, and dishonored it!!!!!